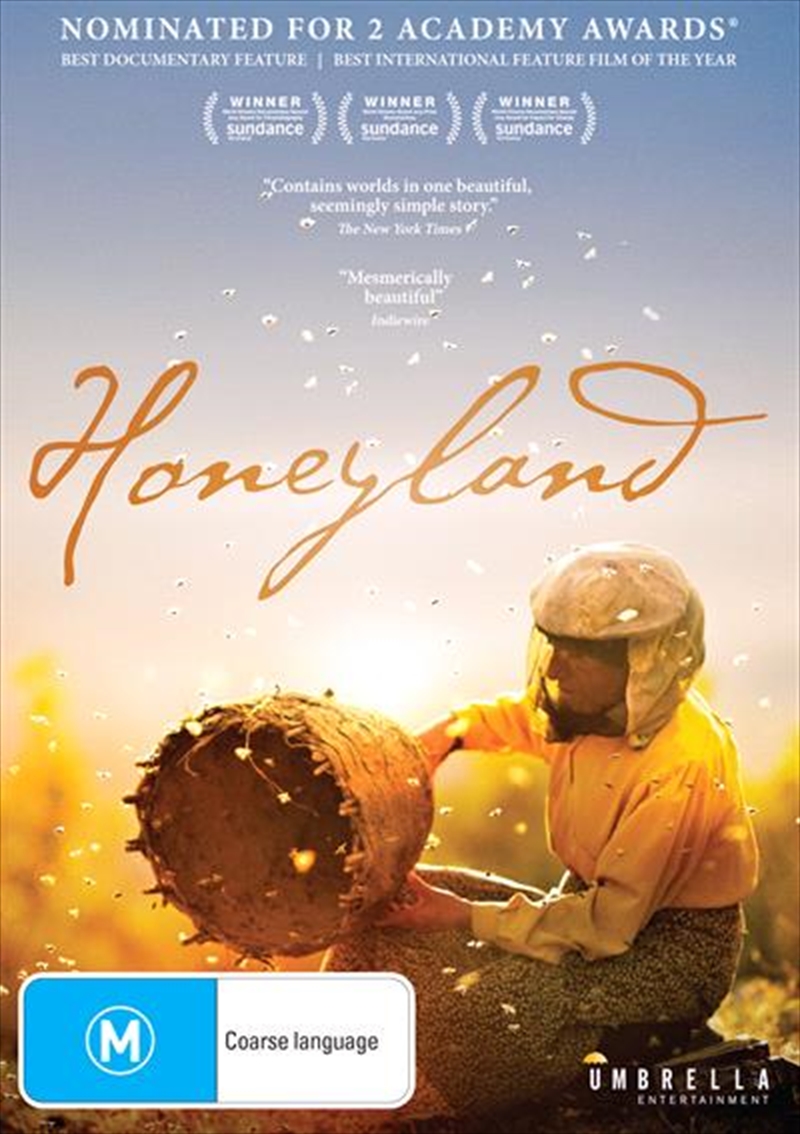 SEE MORE IN:
Documentaries
DESCRIPTION
The Most Awarded Film out of the 2019 Sundance Film Festival

Nestled in an isolated mountain region deep within the Balkans, Hatidze Muratova lives with her ailing mother in a village without roads, electricity or running water. Shes the last in a long line of wild beekeepers, eking out a living farming honey in small batches to be sold in the closest city a mere four hours' walk away. Hatidzes peaceful existence is thrown into upheaval by the arrival of an itinerant family, with their roaring engines, seven rambunctious children and herd of cattle. Hatidze optimistically meets the promise of change with an open heart, it doesnt take long however, before a conflict evolves that exposes the fundamental tension between nature and humanity, harmony and discord, exploitation and sustainability. The debut feature from documentarians Ljubomir Stefanov and Tamara Kotevska, HONEYLAND is made with the widescreen sweep of an epic, yet clearly built from an intimate collaboration between filmmakers and subject. With a surprising sense of humour, its a tough and tender portrait of the delicate balance between humankind and nature, a glimpse at a fast disappearing way of life, and an unforgettable testament to one extraordinary womans resilience.
TRAILER
DETAILS