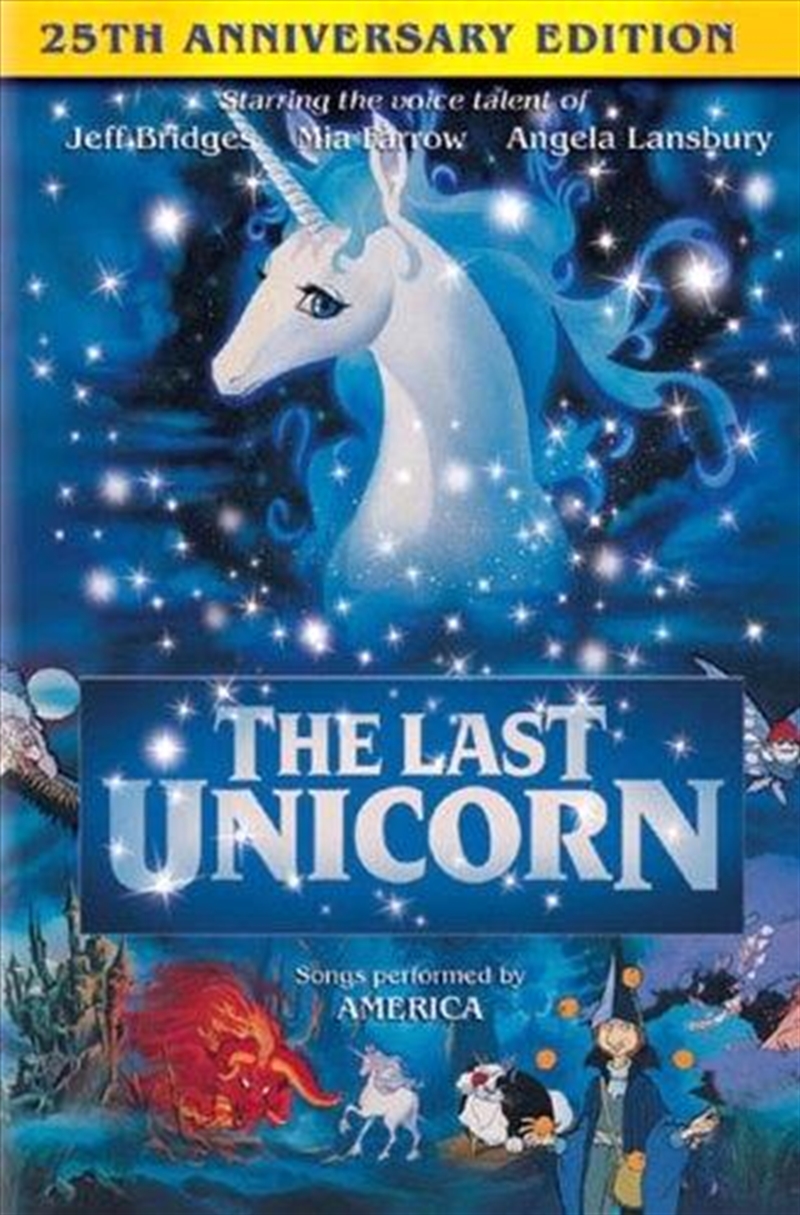 Upon hearing that she may be the very last of her kind on Earth, a Unicorn (Mia Farrow) goes in search of others like her. Her quest won't be easy, as it leads her straight to the evil King Haggard (Christopher Lee) and his infamous Red Bull! And the journey is made even more complicated when, to protect her from the envious wrath of Haggard, a spell is cast to turn the Unicorn into the Lady Amalthea, a beautiful, young human woman. But with this new body comes new thoughts and feelings, such as love for Haggard's son, Prince Lir (Jeff Bridges). Will Amalthea get lost inside this new body? Will she meet the fate of the other Unicorns? Or will she be able to defeat Haggard and his Red Bull with the aid of her friends, Schmendrick the bumbling magician (Alan Arkin) and Molly Grue (Tammy Grimes)? From Arthur Rankin, Jr. and Jules Bass (The Hobbit), comes a magical adventure with an all-star cast, including Mia Farrow, Jeff Bridges, Christopher Lee, Alan Arkin, Tammy Grimes, Angela Lansbury, Ren Auberjonois and Robert Klein, and unforgettable songs from the rock band, America! The original, uncut version of The Last Unicorn is proudly presented with a stunning new transfer and new bonus materials!