Classic Ladies - Bank Holiday, Millions Like Us and I See a Dark Stranger 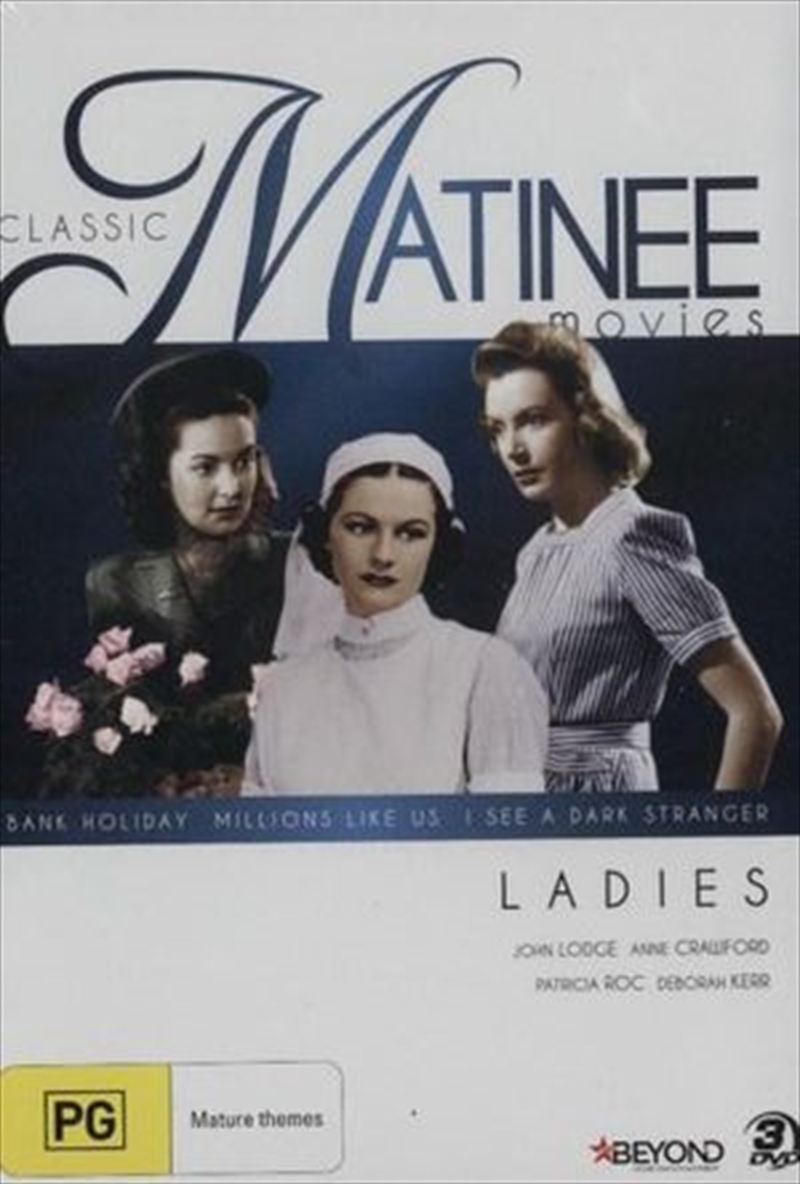 Classic Ladies - Bank Holiday, Millions Like Us and I See a Dark Stranger DVD

Bank Holidays may be a time when most are happy. but this is not true for Stephen Howard, who has just lost his wife in childbirth. His grief-stricken state touches the heart of a nurse. Catherine who offers to accompany him home. He refuses, and she is left to go away for the weekend wit her boyfriend. While away, she fears and feels for Stephen, and decides to return to London to seek him out. Starring John Lodge, Hugh Williams, Kathleen Harrison.

Celia Crowson is a young woman who decides to join the war effort. She leaves her family and sets off for a factory, filled with hopes and fears for her new life. At the factory hostel she encounters people from all walks of life and makes friends with her three room-mates. The film follows the girls as they journey through the war and discover the importance of friendship and true love. Starring Patricia Roc, Gordon Jackson, Anne Crawford.

Birdie is an Irish girl who decides that she will return to Dublin to assist in the war against the British. On the train she meets a Maxi officer attempting to rescue an accomplice. He sees Birdie as an attractive decoy so he takes her to England with him. When Miller is killed, Birdie is told the whereabouts of a top-secret notebook. She sets off to find it but she is not the only party interested to find it. Starring Deborah Kerr, Trevor Howard, Raymond Huntley.

Title: Classic Ladies - Bank Holiday, Millions Like Us and I See a Dark Stranger