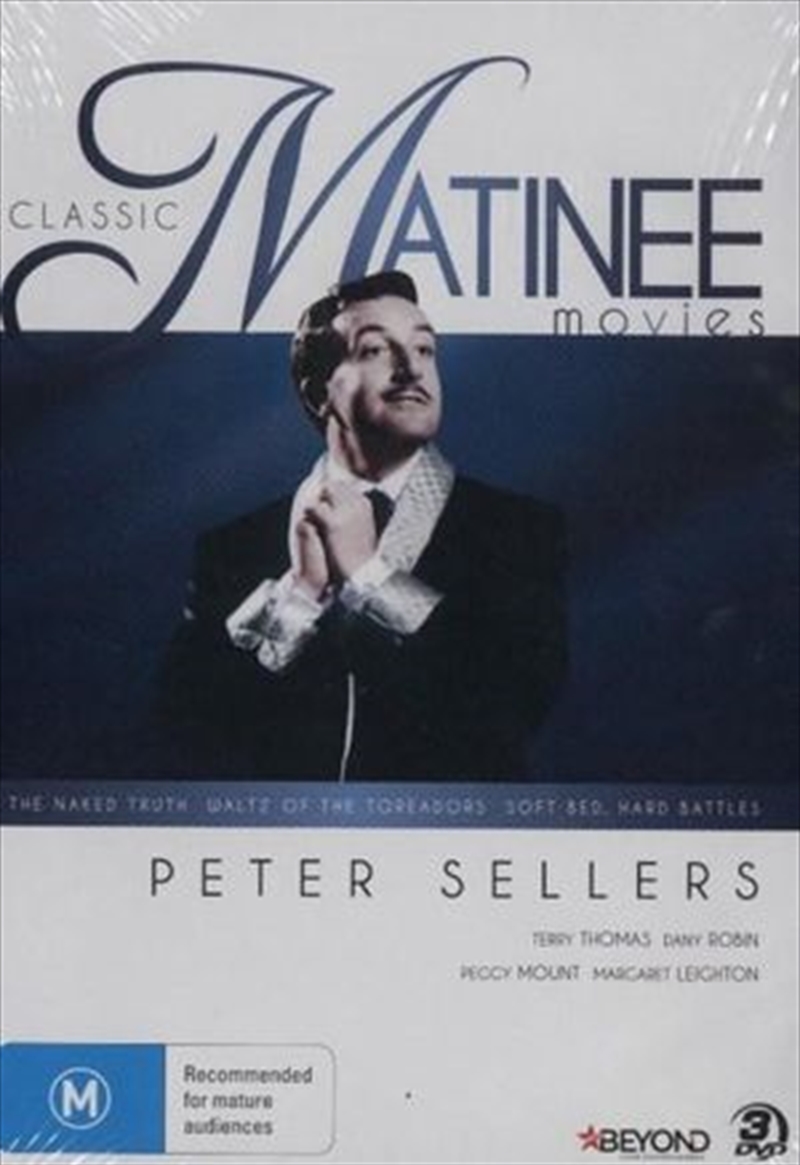 Nigel Dennis is the suave publisher of the magazine The Naked Truth. He is attempting to blackmail several well-known people. They in turn group together and plan his removal. However when the seemingly foolproof plans are put into action, Nigel continually escapes. The situation escalates into a kidnapping which paralyses London’s police force!
Also starring Terry Thomas and Peggy Mount.

Despite a long history of conquests, General Fitzjohn has never consummated his affair with Ghislaine, his first love. She attempts to rectify this and takes drastic action by pretending to drown herself, only to be rescued by the General’s aide, not the General himself. This may turn out to be a blessing in disguise.
Also starring Dany Robin, Margaret Leighton and John Fraser.

Madame Grenier is the head of a Parisian brothel. As the French officials leave for war (characters played by Sellers), she tells her girls to turn their attentions toward the arriving German troops. As the establishment becomes a playground for Nazi’s, Madame’s business seems safe. However, one day it is announced that Hitler himself (played by Sellers again) wishes to visit the brothel...Also starring John Duckworth, Wilbur Wilson and Dean Mobbs.