Classic John Mills - O.H.M.S, The History of Mr. Polly and The Singer Not the Song 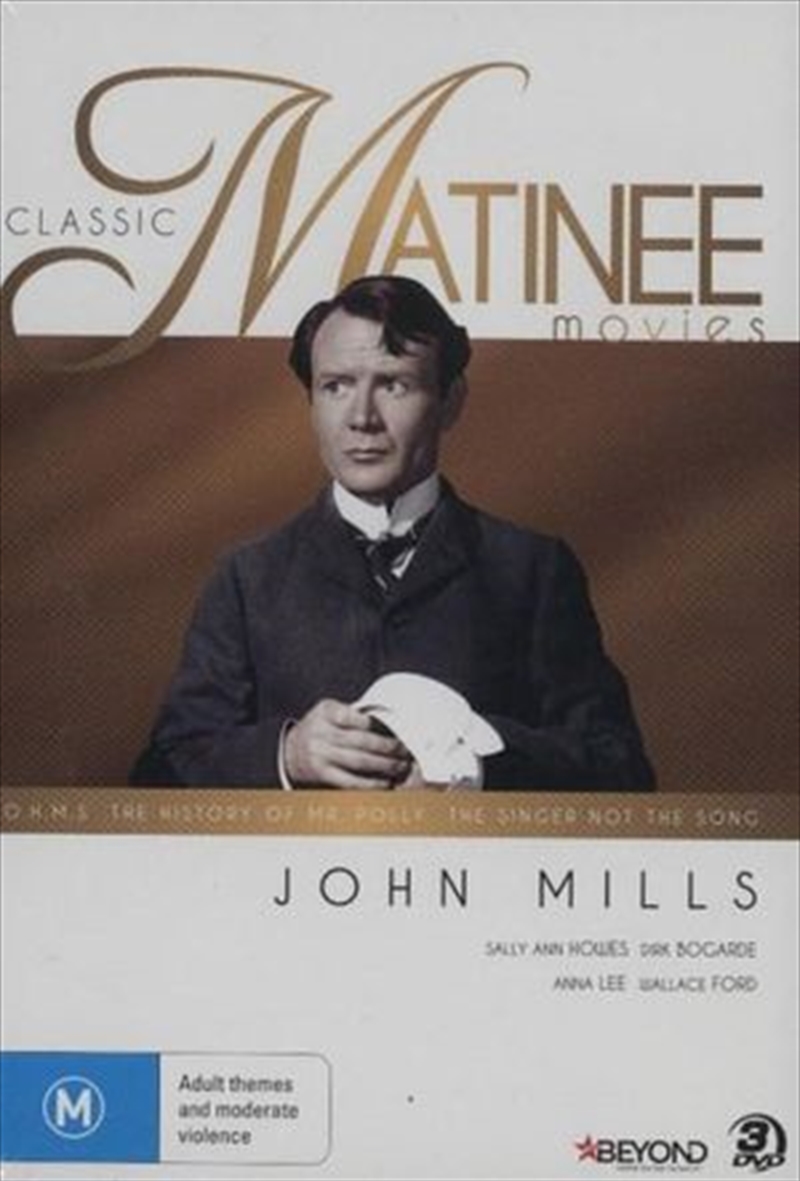 Classic John Mills - O.H.M.S, The History of Mr. Polly and The Singer Not the Song DVD

Close the doors, dim the lights, take a seat and leave your troubles behind. The Classic Matinee Triple Bill is your exclusive gold pass to the Matinee Era – A time of quality, style and sophistication. In 1937, J. Arthur Rank formed the iconic Rank Organisation. With the simple philosophy, “great stories, beautifully told” Rank produced some of the finest writers, actors and directors the screen has ever known. Presented here is a selection of some of the rarest gems from the Rank catalogue – these classic films are sure to delight lovers of cinema, young and old.

Hunted for a murder he did not commit; Jimmy flees for England. There he joins the army where he meets Bert. On service in China Jimmy and Bert fall for the same girl. To win her heart Jimmy must first prove himself, but at what cost? Starring Wallace Ford, Anna Lee.

After the death of his father, Mr Polly inherits a large amount of money. He then falls in love with a girl, but the relationship sours when her friends hear of it. Spurned, he marries his cousin and settles in a sleepy town where he opens a shop. After fifteen years of unhappy marriage he decides it’s time to make a change. Starring Sally Anne Howes, Finlay Currie.

A Mexican town is terrorised by a bandit that no one, except for a priest, has the courage to stand up to. The bandit, however, bribes the priest by threatening a young woman. The priest is then forced to act on the bandit’s behalf, before eventually denounces him with dramatic consequences. Starring Dirk Bogarde, Mylene Demongeot.

Title: Classic John Mills - O.H.M.S, The History of Mr. Polly and The Singer Not the Song