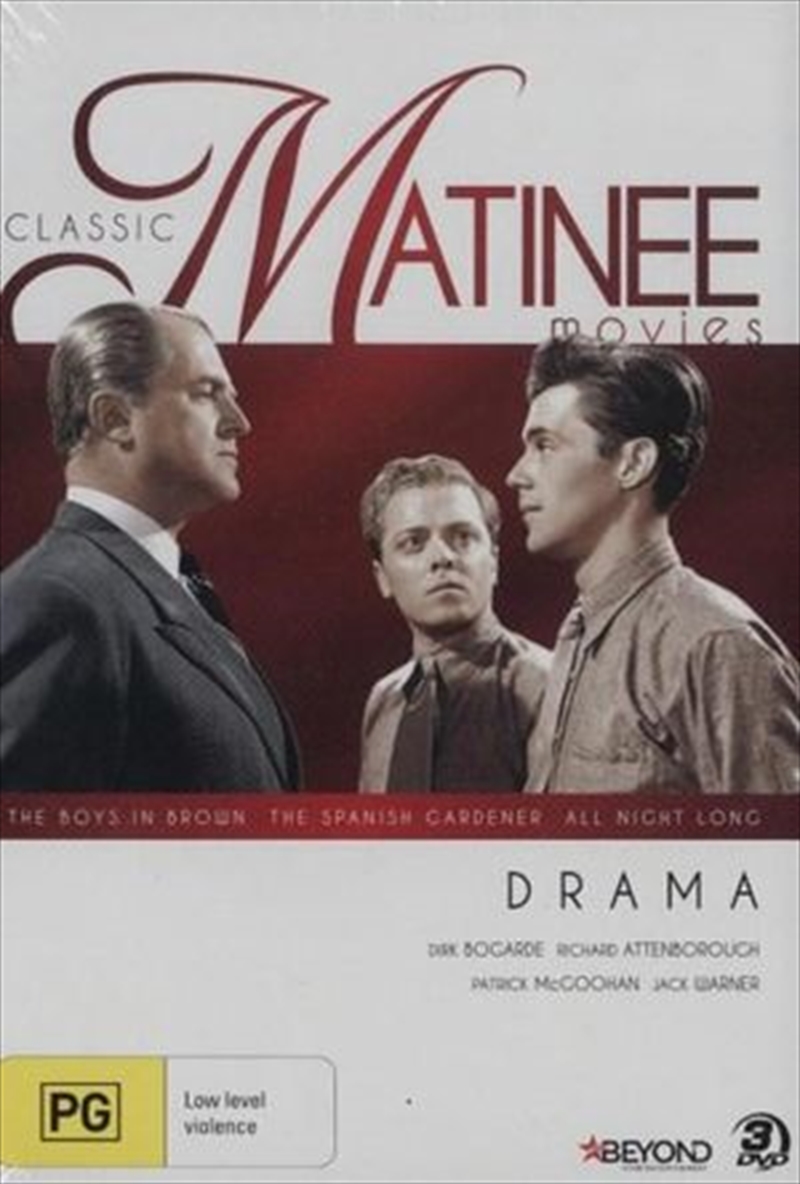 Jackie lives in poverty with his widowed mother. In a bid to escape poverty he gets involved in a robbery that sees him sentenced to three years in Borstal where he meets a tough crowd, tougher than anything on the outside. The powerhouse performances of Bogarde, Attenborough and Warner make this a film for the ages. Starring Dirk Borgarde, Richard Attenborough, Jack Warner.

After separating from his wife Harrington Brande is posted to a small port in Spain, with him comes his young son, Nicholas. In Spain they meet Jose, a gardener, who strikes up a friendship with the boy. Harrington disapproves of their relationship and bans them from speaking. Will Harrington realise the meaning of friendship before it is too late? Starring Dirk Bogarde, Michael Hordern, Jon Whitely.

Rodney Hamilton throws a party for a famous jazzman, Rex and his wife in an East End warehouse. All is well and the music and goodwill are flowing until the arrival of Cousin, who is determined to poach Rex's wife for his own band - the sparks then begin to fly! Starring Richard Attenborough, Patrick McGoohan, Charlie Mingus.