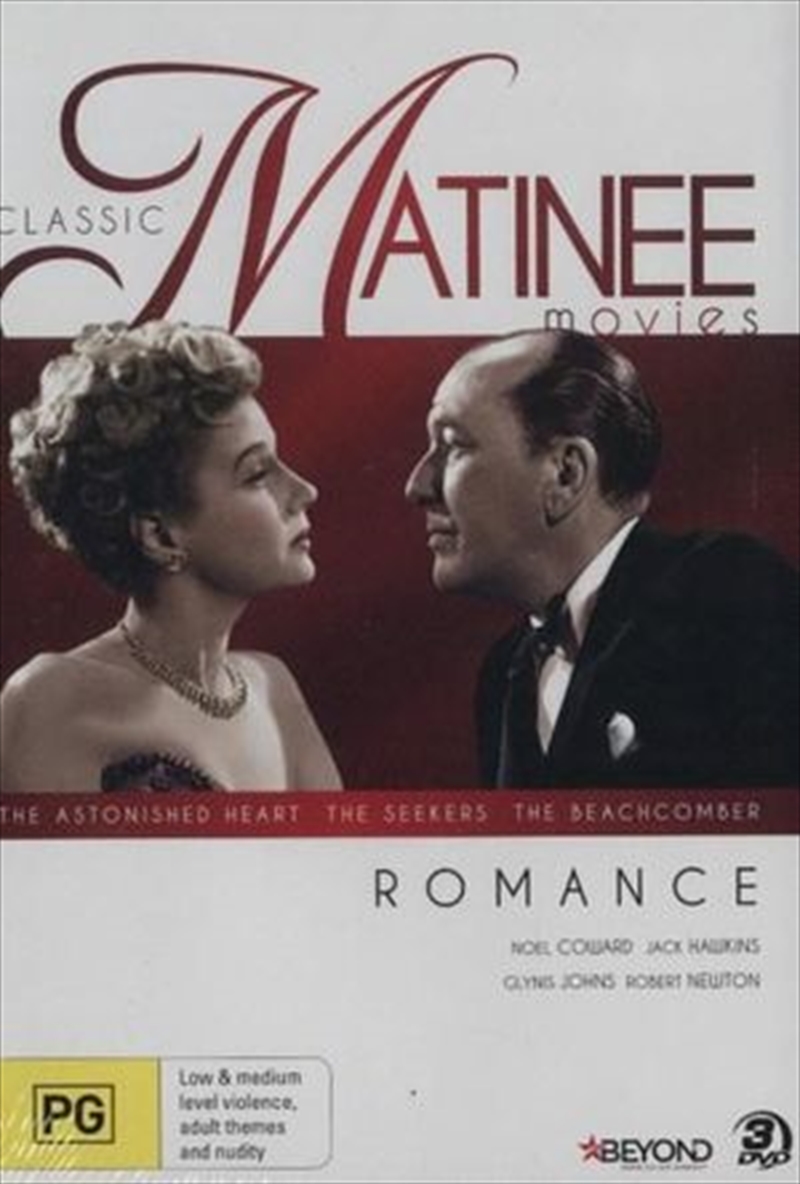 Doctor Christian Faber (Noel Coward) has been happily married to his wife, Barbara (Celia Johnson) for 12 years. Into their lives comes Leonora (Margaret Leighton), who, during a period of Barbara's absence, embarks on an affair with Christian. Barbara discovers it, and as each person tries to avoid causing pain to the other two, all fail. A compassionate study of the human heart and its imperfections. Adapted by Coward from his own play. Starring Noel Coward, Celia Johnson, Margaret Leighton

Philip Wayne decides to build a settlement in New Zealand during the 1820s. This he does with his wife and a few faithful followers. They find the most exotic wilderness ever! All is well until he falls for the charms of a Maori chieftain’s wife. His actions lead to a revenge attack. Starring Jack Hawkins, Glynis Johns, Noel Purcell

Mr. Gray is the new Resident in Charge of the Welcome Islands in the Indian Ocean. The Islands are full of life, but the only other Europeans are the "sanctimonious, psalm-singing" brother-sister missionary team of Martha and Owen Jordans, and the Honourable Ted - a hard-drinking, womanising social outcast whose English family pays him to stay away. Martha and Ted become an unlikely team when cholera threatens the islands and they must do their best to stop its spread. Starring Robert Newton, Donald Pleasance, Glynis Johns