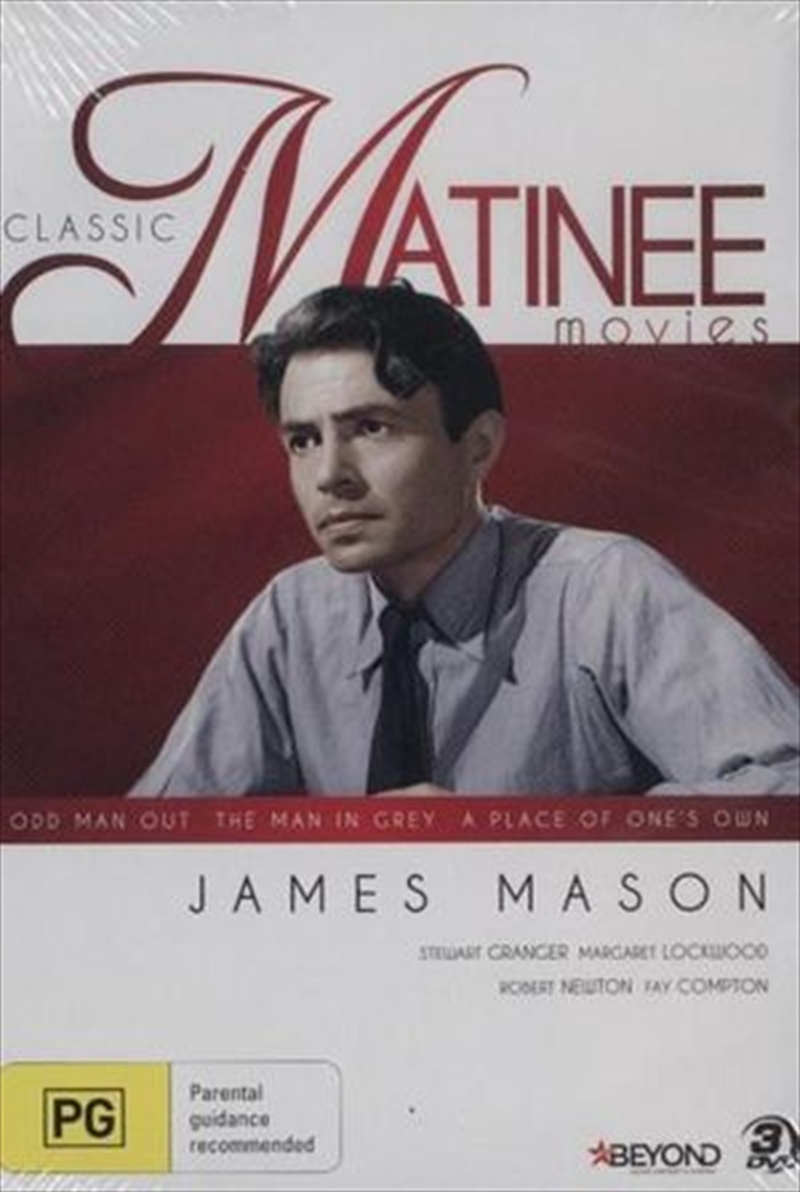 In this BAFTA award winning masterpiece from maestro Director Carol Reed, IRA man Johnny McQueene (James Mason) is shot by police and badly wounded. After falling from the getaway car, he is forced to hide in the city. As the police hunt him down, Johnny searches for Kathleen, the woman who loves him. Mason is the personification of the brooding anti-hero. Starring James Mason, Robert Newton, Fay Compton.

Clarissa is a lovely debutante who enters into an arranged marriage with a wealthy Marquis (James Mason). Trouble starts when an old ‘friend’ of Clarissa’s arrives to stay and plots to oust her from the house. Clarissa is also falling in love with another man, but will she be able to keep it a secret? Starring James Mason, Margaret Lockwood, Stewart Granger.

Mr and Mrs Smedhurst find an old house and buy it. They move in and learn that the house is haunted. When a friend, Annette, comes to stay she begins to hear voices, eventually becoming ill. They then learn that a young girl was murdered in the house 40 years ago. As Annette nears death’s door, it would seem nothing can save her. Starring James Mason, Margaret Lockwood, Barbara Mullen.