Flowers In The Attic / Petals On The Wind | Double Pack 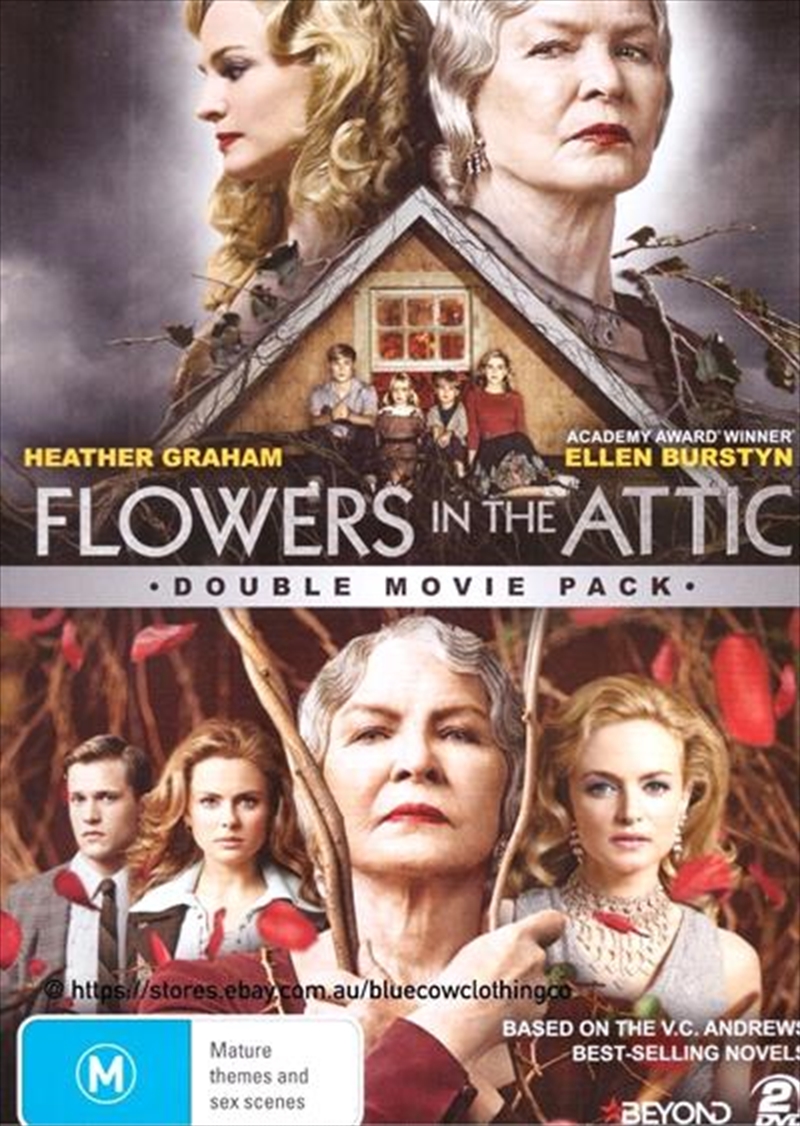 FLOWERS IN THE ATTIC Based on the best-selling book by V.C. Andrews, the Lifetime Original Movie, FLOWERS IN THE ATTIC, is a gothic story of four siblings who, after the death of their father, are torn from a peaceful life and subjected to abuse resulting from a dark, family secret. Abandoned by their mother and forced to endure unimaginable treatment living in the attic of their grandparents' mansion, the children form their own family unit. But as the oldest boy and girl come of age both emotionally and physically while caring for their younger siblings, they are entrapped by their family's sordid past as they try to survive and escape the harsh living conditions. BONUS FEATURE: Behind the Scenes with Cast and Crew
PETALS ON THE WIND Based on the second book in V.C. Andrews's best-selling Flowers in the Attic series, PETALS ON THE WIND continues to follow the Dollanganger family as they attempt to put their sordid past behind them. But certain secrets can't be buried, as Christopher and Cathy must face forbidden feelings, and a vengeful Cathy returns to Foxworth Hall to confront her mother and grandmother. Stars Heather Graham, Academy Award winner* Ellen Burstyn, Rose McIver, Wyatt Nash, Bailey Buntain, Dylan Bruce, and Will Kemp.

Title: Flowers In The Attic / Petals On The Wind | Double Pack