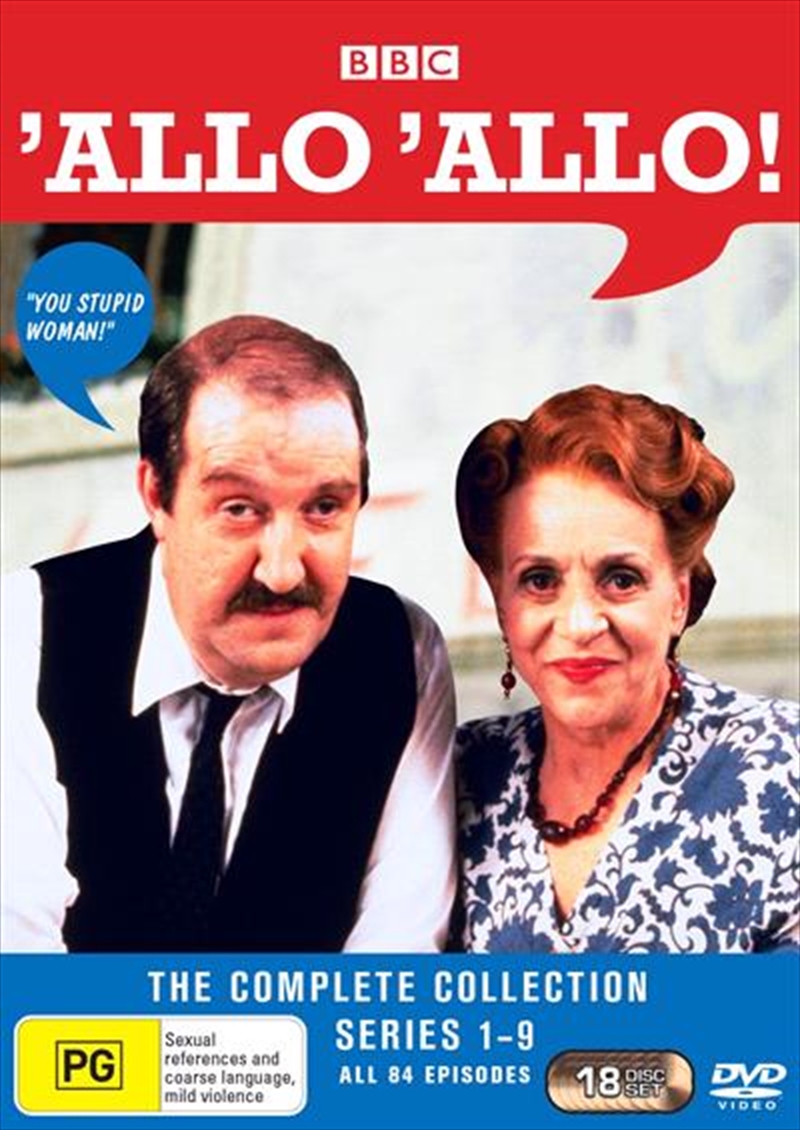 Meet Rene, the most wanted man in Occupied France. Women want his body. The Resistance want his brain. And the Nazis want his sausage! This hilarious send-up of World War II Resistance dramas, written by Jeremy Lloyd and David Croft, has a huge following around the world. All episodes from 'Allo 'Allo Series 1-9 as well as the 1991 Christmas Special 'A Bun in the Oven' are now available in a complete collection, packaged in a special presentation box.