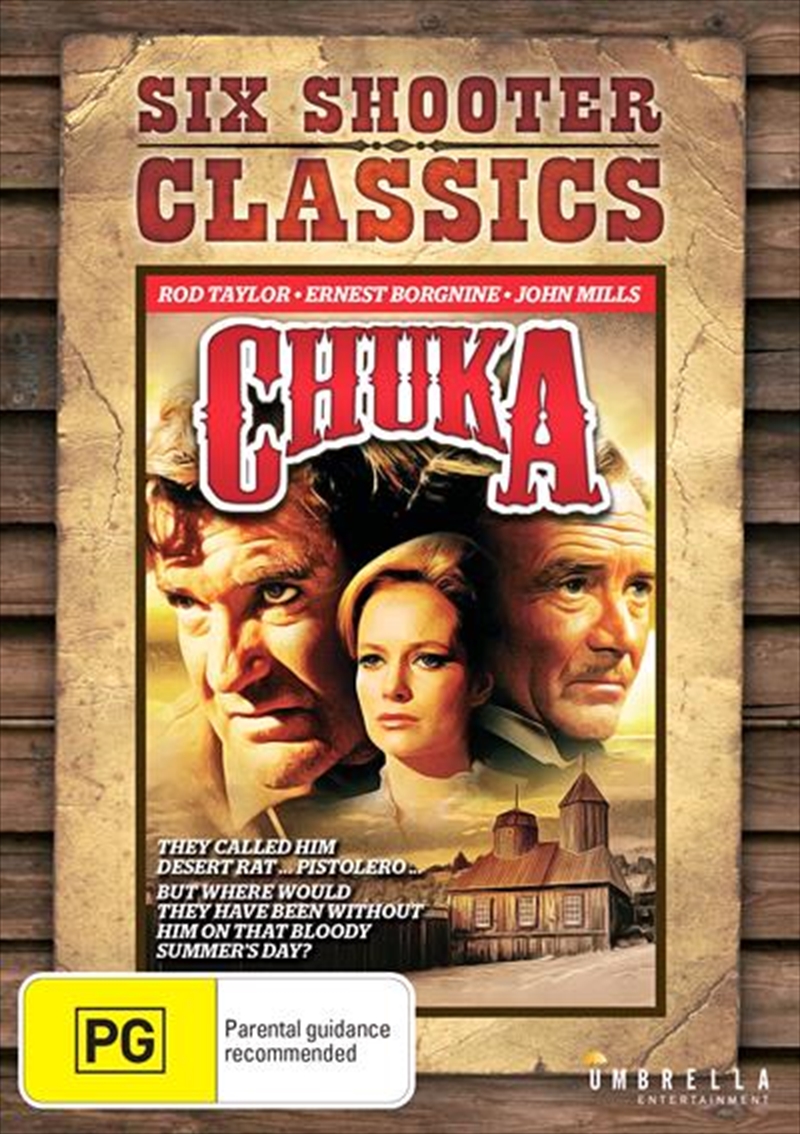 Shipping - See delivery options.
Postcode:
Quantity:
SEE MORE IN:
3 for $30 Movies & More
Of his kind Chuka's the best there is. At fighting. At loving. And when it had to be - at killing!

Throughout the West, one name means action: Chuka! Tension builds for soldiers guarding a besieged prairie fort against Indian attacks. Their nerves are frayed and their spirits are dying. But there's a glimmer of hope: the lone gunfighter who's come to help them is the man called Chuka! Rod Taylor(Inglorious Basterds) straps on his six-gun in this heroic, hard-hitting western about Chuka, a man of war who's seen enough fighting to know he must keep the brushfires of hatred and violence from erupting again. Acclaimed actors Ernest Borgnine, John Mills, James Whitmore and Louis Hayward join Taylor in this taut tale that emphasizes strong characterizations and meaningful action.