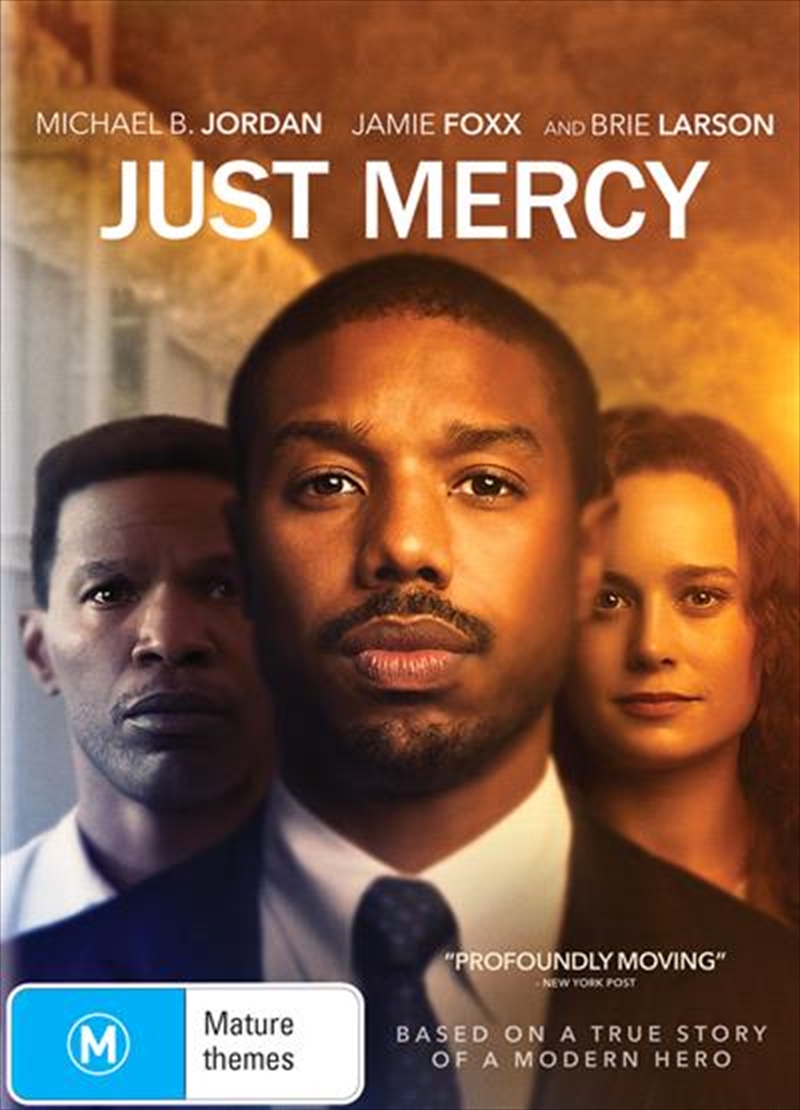 This is about all of us

A powerful and thought provoking true story, Just Mercy follows young lawyer Bryan Stevenson (Jordan) and his history-making battle for justice. After graduating from Harvard, Bryan had his pick of lucrative jobs. Instead, he heads to Alabama to defend those wrongly condemned or who were not afforded proper representation, with the support of local advocate Eva Ansley (Larson). One of his first, and most incendiary, cases is that of Walter McMillian (Foxx), who, in 1987, was sentenced to die for the notorious murder of an 18-year-old girl, despite a preponderance of evidence proving his innocence and the fact that the only testimony against him came from a criminal with a motive to lie. In the years that follow, Bryan becomes embroiled in a labyrinth of legal and political maneuverings and overt and unabashed racism as he fights for Walter, and others like him, with the odds - and the system - stacked against them.

I have always been a sucker for True crime related stories and courtroom dramas. There is something so fascinating about the legal system and how certain aspects of the court proceedings play out on screen that I simply find riveting. ‘Just Mercy’ ticks all of those boxes and I was anticipating seeing this film based on the cast, director and the critical acclaim. ‘Just Mercy’ is directed by Destin Daniel Cretton (Short Term 12 & The Glass Castle) and stars Michael B. Jordan, Jamie Foxx and Brie Larson.  The film tells the story of civil rights defence attorney Bryan Stevens (played by Michael B. Jordan) as he works to free Walter McMillan (played by Jamie Foxx), a man sentenced to death and wrongly committed of a crime he did not commit. This film was utterly moving, anchored by three powerhouse performances. Jamie Foxx was phenomenal in the role, you really felt for him and felt his pain as he struggled to accept what his life had become. Michael B. Jordan is also fantastic, continuing to prove himself as one of the best actors of his generation, he shines in this film. Brie Larson is also great in the film. She is nuanced with her performance, which works well for her character. The direction of the film is superb as well, with great long-takes of the courtroom sequences and wide-angled shots to showcase each of the actor’s stellar performances. With the current political landscape in America right now, this films relevance is undeniable, stating a powerful political message without feeling preachy or unearned. This is a film that understands the story it is telling and you can tell that everyone involved, working on the film feels strongly about the subject matter and the story. I was immediately swept up and invested in this story. I adored ‘Just Mercy’ and highly recommend it. I am giving ‘Just mercy’ a 9/10. Pick up this one on Blu-Ray and DVD today, you will not be disappointed!