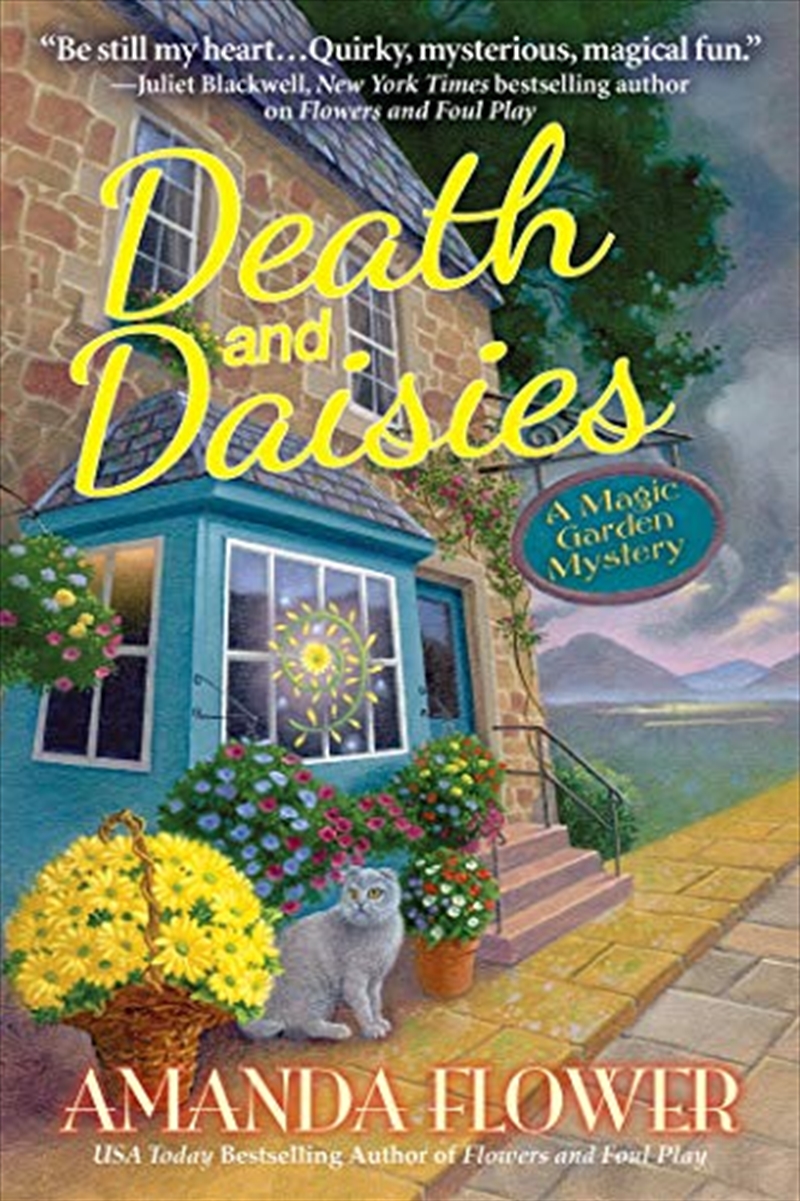 Shipping - See delivery options.
Postcode:
Quantity:
Fiona Knox thought she was pulling her life back together when she inherited her godfather's cottage in Duncreigan, Scotland--complete with a magical walled garden. But the erstwhile Tennessee flower shop owner promptly found herself puddle boot-deep in danger when she found a dead body among the blossoms. One police investigation later (made a trifle less unpleasant by the presence of handsome Chief Inspector Neil Craig), and Fiona's life is getting back on track. Her sister Isla has just moved in with her, and the grand opening of her new venture, the Climbing Rose Flower Shop in Aberdeenshire, is imminent.

But dark clouds are gathering to douse Fiona's newly sunny outlook. First, imperious parish minister Quaid MacCullen makes it undeniably clear that he would be happy to send Fiona back to Tennessee. Then, a horrific lightning storm threatens to tear apart the elderly cottage and sends Fi and Isla cowering under their beds. The storm passes, as storms do, and Fi's heart flutters when Chief Inspector Craig texts her to make sure she's all right. But then, Fi and Craig are called away from the Climbing Rose's opening soiree when Kipling, the tiny village's weak-kneed volunteer police chief, finds a dead body on the beach.

The body proves difficult to identify, but Kipling is certain it's that of the parish minister. Which makes Fiona, MacCullen's new nemesis, a suspect. Also, Isla has been behaving strangely...did she do something unspeakable to protect her sister? The last thing Fiona wanted to do was play detective again. But now, the rosy future she'd envisioned is going to seed, and if she and Craig can't clear her name, her idyllic life will wilt away.