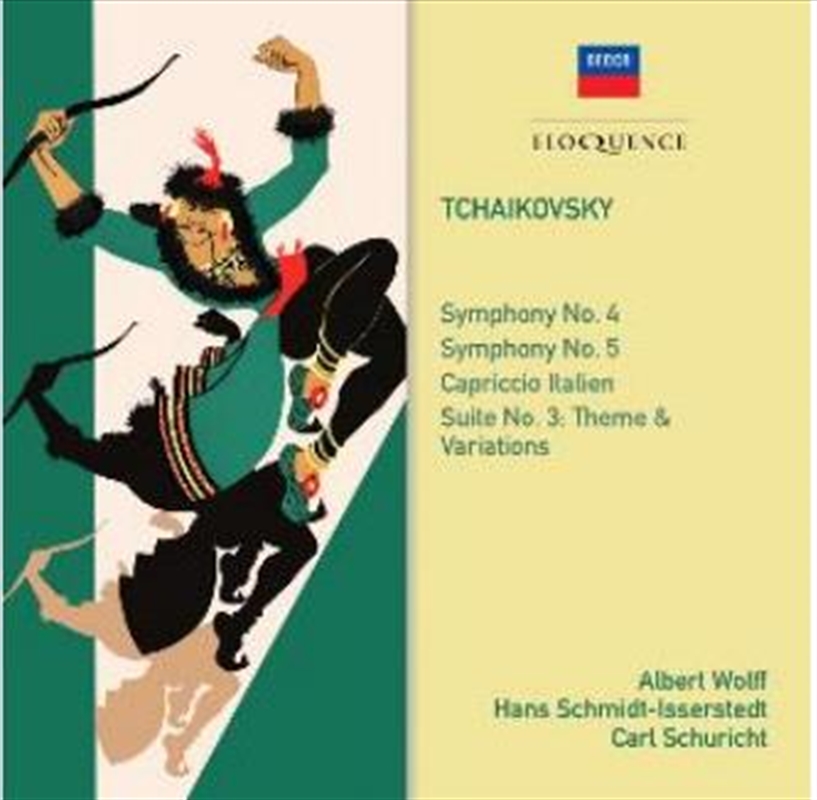 The Decca Sound in Hamburg and Paris: a trio of 1950s Tchaikovsky albums, including a pair of symphony recordings previously unpublished on CD.

This supple and beautifully proportioned 1952 mono account of the Fifth Symphony marked the debut on disc of the NDR Sinfonieorchester under its founding conductor Hans Schmidt-Isserstedt. ‘Like most of the great European conductors,’ wrote the critic Harold C. Schonberg, ‘[Schmidt-Isserstedt] has been brought up in a tradition that insists on selflessness before great music. The aim of conducting, as he sees it, is to bring out the message of the composer and not the skill.’

The other performances on this collection have a French accent which particularly suits the brilliance of Tchaikovsky’s orchestration. Albert Wolff (1884-1970) had begun recording for Decca in 1951 – Massenet’s Manon with the Opéra Comique – and he continued to make albums of French and Russian music throughout the Fifties, with this combustible stereo account of Tchaikovsky’s Fourth being his envoi to the label. Carl Schuricht (1880-1967) was a no less welcome guest to the podium of the Paris Conservatoire Orchestra at that time. For EMI they made an admirably unfussy cycle of Beethoven symphonies, preserving the French Beethoven tradition at its most fleet and balletic, while their Decca recordings displayed the same virtues in the music of Schumann, Wagner and Tchaikovsky. These mono recordings of the Capriccio Italien and the Theme and Variations finale of the Third Orchestral Suite have only previously been available on CD as part of a larger box; their extrovert temperament makes them a fine complement to Wolff in the Fourth Symphony.

‘The playing is excellent and Decca’s sound has a nice bloom.’ High Fidelity, October 1954 (Capriccio Italien)

‘The reproduced sound is interesting. There is some brilliance, much warmth, good colour, and fine fortissimo. The first clarinet of the Hamburg orchestra is a noticeably fine player, and the strings are very good too… the Hamburgers are an excellent orchestra, and the recording contains a large amount of very beautiful sound.’ Gramophone, February 1953 (Symphony No.5)