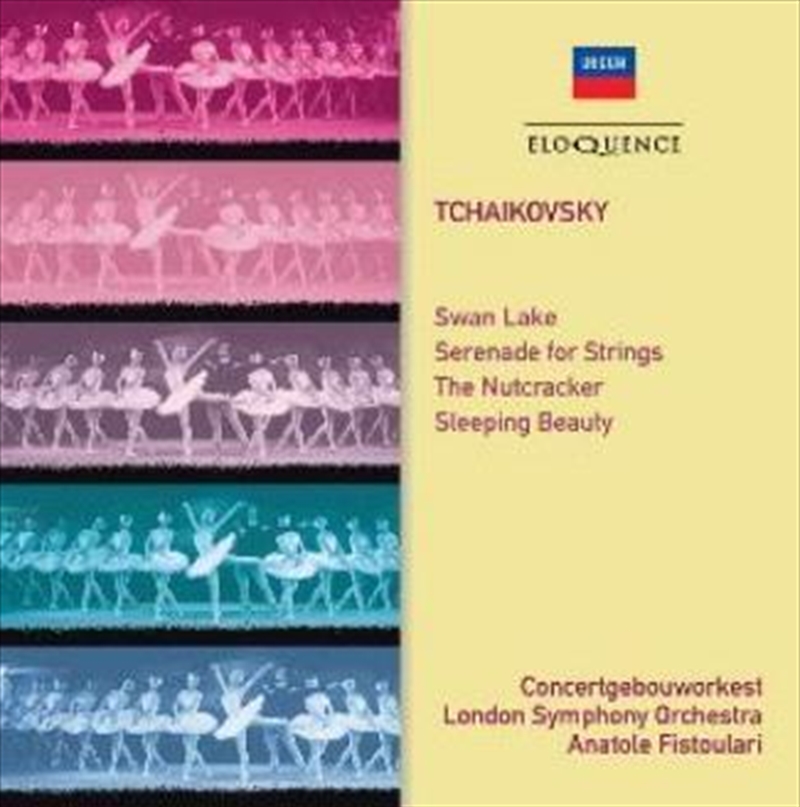 The Tchaikovsky ballet score recordings conducted for Decca and Philips by the Ukrainian-born Anatole Fistoulari (1907-1995) are prized ‘among the finest ever made’ (Gramophone). As a companion issue to his first, abridged versions of Swan Lake (4825225) and Sleeping Beauty (4827223), this newly remastered set offers another trio of complete LP albums, all stereo recordings from the early 1960s: highlights from Swan Lake made in Amsterdam in 1961, and LSO recordings from 1962 of highlights from Sleeping Beauty, the familiar suite from The Nutcracker and the evergreen Serenade for Strings which only received a limited first release on LP.

It is the sense of being present at a live performance that critics prized in Fistoulari’s ballet recordings. As an experienced conductor in the pit, who (perhaps apocryphally) led his first opera performance at the age of twelve, he understood how to make a score glisten with greasepaint in the studio.

The legendary 1961 Swan Lake was one of the Concertgebouw’s first stereo recordings, and all the solos are brilliantly played by leaders of the Concertgebouw. Nearly 50 years after its release, the climactic moments of the score still continue to overwhelm, not least thanks to the Decca engineering.
The other two albums issued here were originally made by Philips, though the Serenade was first released on its Mercury sub-label, and the Suite from The Nutcracker was not issued at all until 1967, five years after being recorded. The delay is unaccountable: Fistoulari’s light hand at the tiller is unmistakable as the LSO glide through the dances of the second act. An array of soloistic musicians filled the front desks of the orchestra during the early 60s, and the wind and string solos are all played with finesse here and in the excerpts from Sleeping Beauty.

‘[A] bright, exceptionally clean-lined reading. Though he has had wide experience as a ballet conductor, Fistoulari prefers here to treat the music in concert fashion. The recorded sound is very good, with considerable spaciousness imparted by stereo.’ High Fidelity, September 1961 (Swan Lake)

‘I doubt if any other disc of Swan Lake bits and pieces has such wonderful quality.’ Gramophone, October 1961 (Swan Lake)