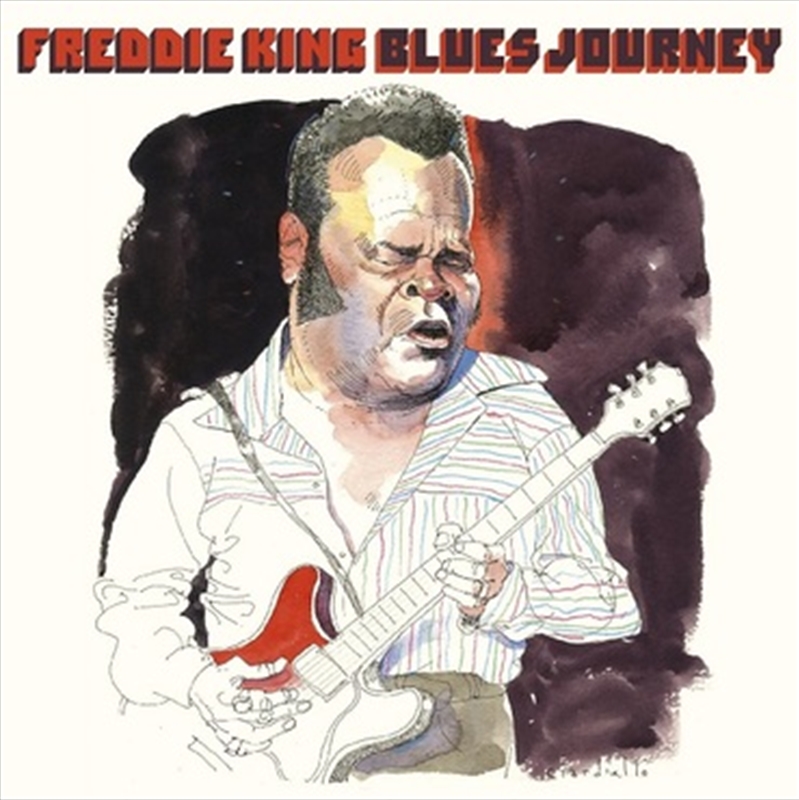 Over 3 hours of prime Freddie King in concert from the '70s. I was interested in the white rock 'n' rollers until I heard Freddie King - and then I was over the moon. I knew that was where I belonged - finally. That was serious, proper guitar playing and I haven't changed my mind ever since. I still listen to him and I get the same boost now that I did then.' Eric Clapton. In a 1985 interview, Eric Clapton cited Freddy King's 1961 B side I Love the Woman as the first time I heard that electric lead-guitar style, with the bent notes' [it] started me on my path. Clapton shared his love of King with fellow British guitar heroes Peter Green, Jeff Beck and Mick Taylor, all of whom were profoundly influenced by King's sharpened-treble tone and curt melodic hooks on iconic singles such as The Stumble, I'm Tore Down and Someday, After Awhile. Nicknamed The Texas Cannonball for his imposing build and incendiary live shows, King had a unique guitar attack. Steel on steel is an unforgettable sound, says Derek Trucks, referring to King's use of metal banjo picks. But it's gotta be in the right hands. The way he used it ' man, you were going to hear that guitar. Trucks can still hear King's huge impact on Clapton. When I played with Eric, Trucks said recently, there were times when he would take solos and I would get that Freddy vibe.' King's blues style was fluid, but with biting power that was arguably more forceful than that of many other bluesmen of his day. King used thumb and finger picks and would just dig into his Gibson 355 ' hung precariously over just his right shoulder ' creating what are now classic, deeply influential and riveting solos.

05. Woman Across The River

01. Have You Ever Loved A Woman

04. Woke Up This Morning