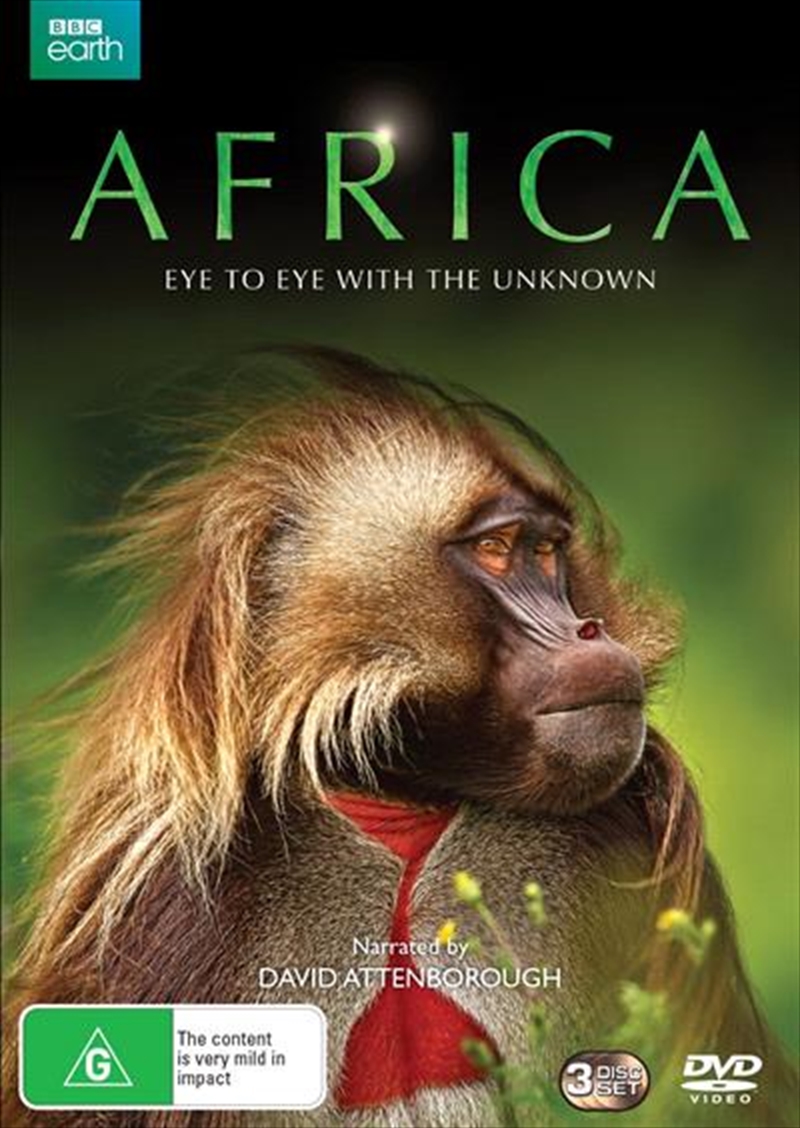 This is the worlds wildest continent as youve never seen it before an intense sensory adventure from the Atlas Mountains, through the Savannah lands to the Cape of Good Hope and from the Roof of Africa and the Kalahari to where the dark rainforests of the Congo meet the Atlantic Ocean. Each episode shifting the focus onto a different region as it contrasts the epic power of the landscape with the dramatic struggles of individual creatures living there. From hidden jungles and ice-blue glaciers to erupting volcanoes and lakes of poison, Africa explores an astonishing array of previously un-filmed locations and discovers bizarre new creatures and behaviours including some of the rarest fish in the world, exploding insects and lizards that hunt on the backs of lions. Each episode concludes with a captivating behind the scenes look at how this unique series is brought to life. This landmark six-part series utilises the latest filming technology to reveal the surprising environments, extraordinary creatures and other fascinating secrets of an amazing continent.
DETAILS