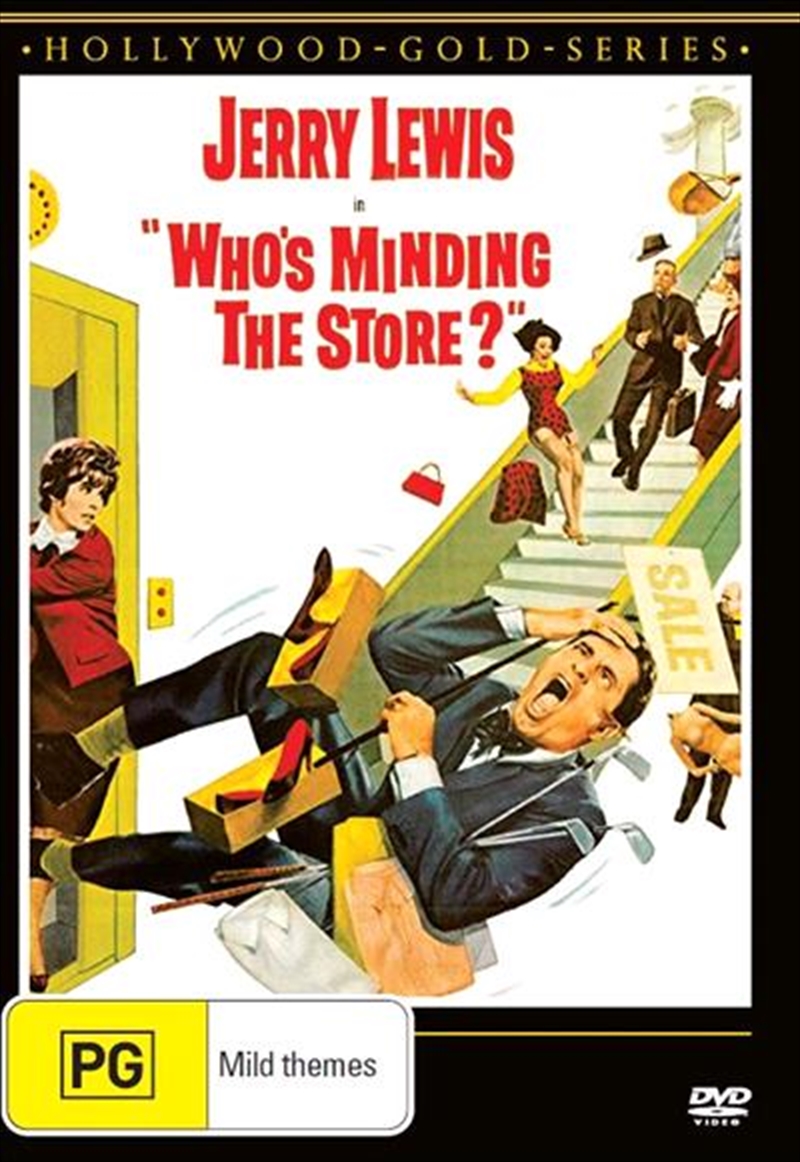 DESCRIPTION
Here is a Motion Picture That May Change Your Whole Way of Shopping!

Dog walker, Norman Phiffier (Jerry Lewis) is in love with Barbara Tuttle (Jill St. John), an elevator operator in her parents department store. Barbara's conniving mother, Phoebe (Agnes Moorehead) disapproves of the couple and is determined to break up her daughters romance with the incompetent boob. With hidden ulterior motives, Phoebe hires Norman to work in her department store and despite the impossible requests of Mr. Quimby (Ray Walston), the store manager, Norman manages to do an admirable job in his own slapstick manner. A film filled with great sight gags, includes a hilarious vacuum cleaner demonstration that naturally goes awry. This was the seventh (of eight) collaboration between Jerry Lewis and director Frank Tashlin (The Geisha Boy).
DETAILS