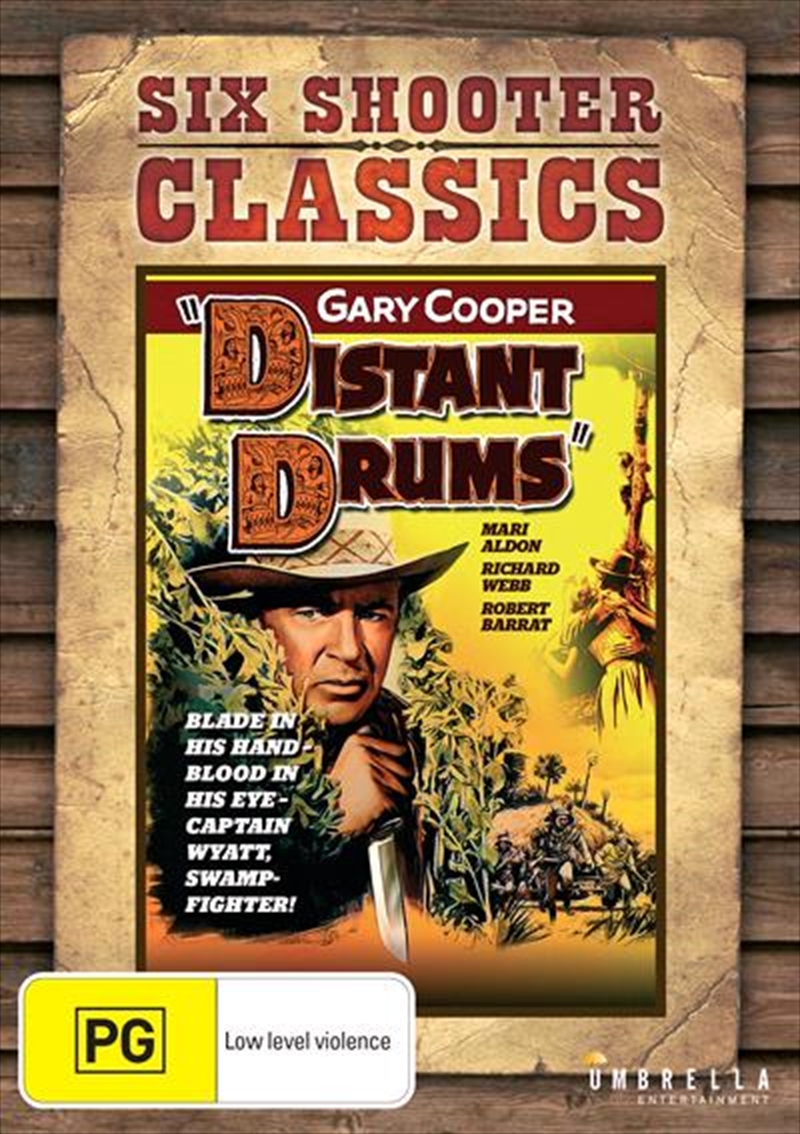 DESCRIPTION
Against unseen jungle terrors and untamed savage tribes ... and pounding war-drums that echoed his challenge !

Filmed on location in and around the Everglades National Park, Raoul Walsh's Distant Drums stars Gary Cooper (High Noon) as Cavalry Captain Quincy Wyatt, who leads a charge upon an old Spanish fort taken over by Seminole gun-runners and kidnappers. After liberating the prisoners (among them Mari Aldon, The Barefoot Contessa), Wyatt, pursued by the vengeful Seminoles, flees into the gator-infested swamps and settles his fate in a spectacular underwater fight with the vicious Chief Ocala (Larry Carper, Iron Man).
DETAILS