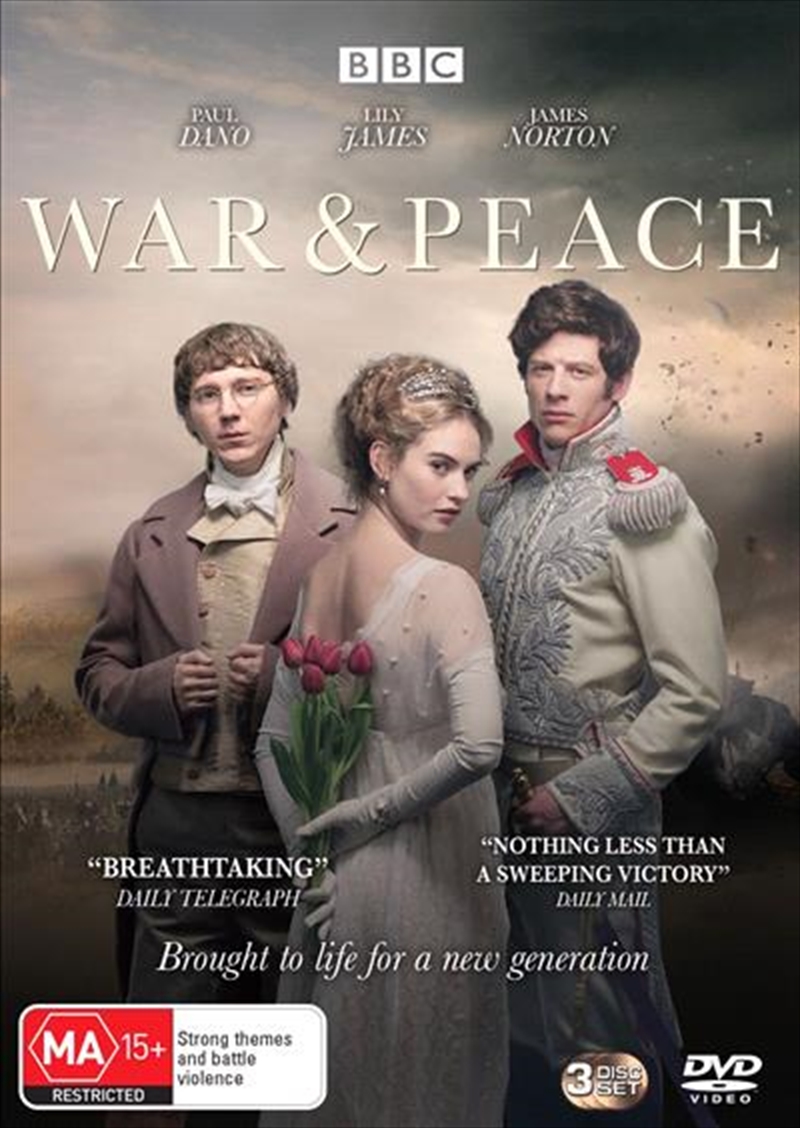 Shipping - See delivery options.
Postcode:
Quantity:
SEE MORE IN:
3 for $30 TV BBC
In 1805 when we first meet Pierre, Natasha , and Andrei , they are all part of St Petersburg's glittering elite, but are fired-up with youthful ambition to find meaning in their lives. Kind-hearted but awkward Pierre, the illegitimate son of Russia's richest man, wants to change the world for the better. Handsome and gallant Andrei, frustrated with the superficiality of his life, seeks a purpose, while the beautiful and spirited Natasha is searching for true love. At the same time Napoleon's army edges ever closer to Russia's borders. As everything they thought they knew is questioned, Pierre, Andrei and Natasha find themselves in a time when Russian society is about to change forever.