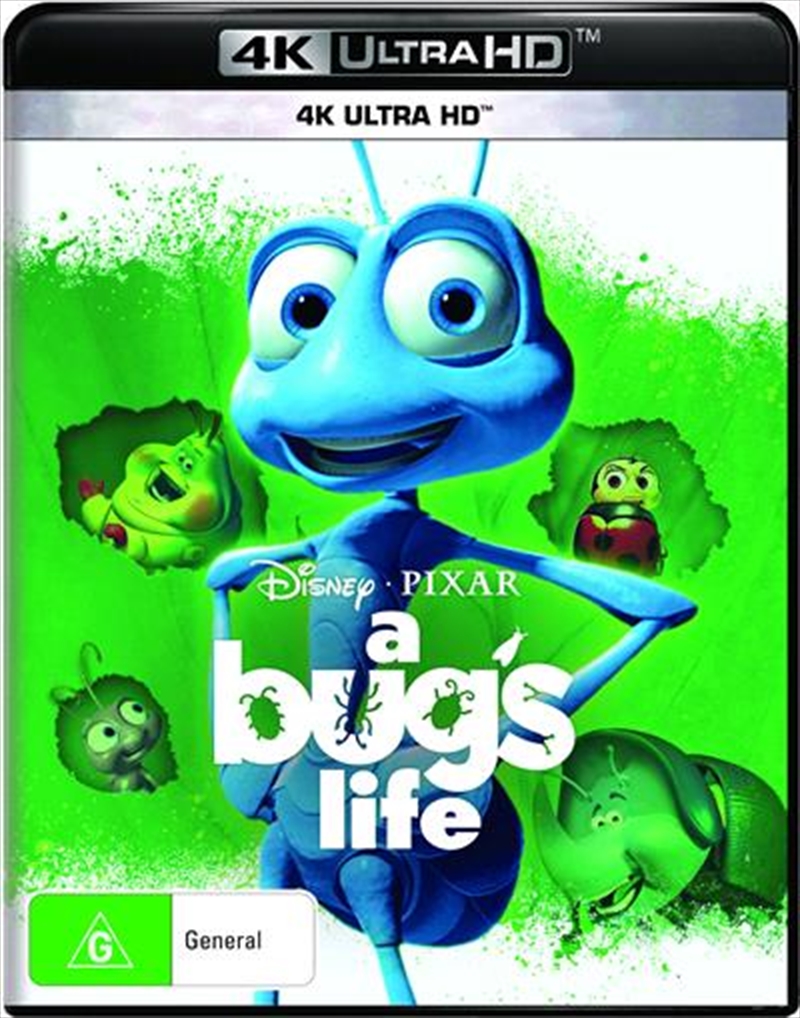 An epic of miniature proportions.

Journey inside the miniature world of bugs for bigger-than-life fun and adventure under every leaf! Crawling with imaginative characters, hilarious laughs and colourful, life-like computer animation, Disney and Pixar's A Bug's Life will delight everyone in your family! On behalf of "oppressed bugs everywhere," an inventive ant named Flik hires "warrior bugs" to defend his colony from a horde of freeloading grasshoppers, led by Hopper. But when Flik's cavalry turns out to be a ragtag group of flea circus performers, the stage is set for comic confusion... as well as unlikely heroes! A Bug's Life presents an amazing new perspective on teamwork and determination - revealing subtle new details each time you watch it!