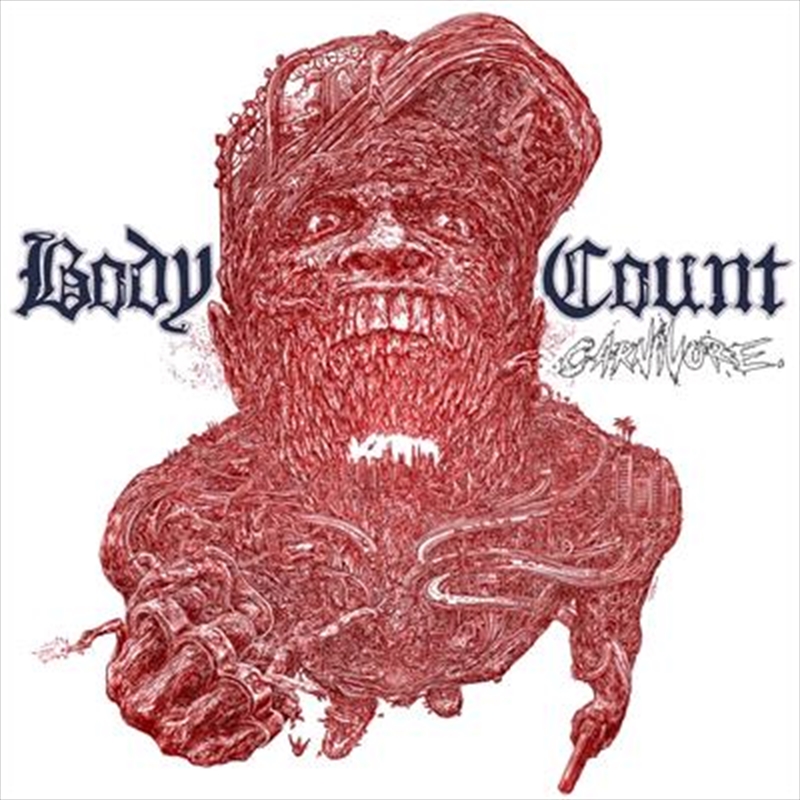 The originators of Rap Metal are back!

Ice-T and his gang are as angry as ever on their 7th studio album, which coincides with their 30th anniversary as a band!

Carnivore, the band's second album for Century Media, continues the path of its uncompromising and critically acclaimed predecessors, "Bloodlust" (2017) and "Manslaugther" (2014), in pairing Ice-T's angry and socio-critical lyrics with thick guitar riffs and nods to metal and hardcore greats like Slayer, Metallica, Pantera, Suicidal Tendencies and Rage Against The Machine.

Bangers like "Thee Critical Beatdown", "The Hate Is Real" and the title track will please old school Body Count fans, while "Colors" is a killer metal version of ICE-T's 1988 hit single of the same name. With Motörhead's classic "Ace Of Spades" Body Count are again paying tribute to one of their major musical influences. "When I'm Gone" shows a new side of Body Count and features guest vocals by Amy Lee (Evanescence). Other guest musicians include Dave Lombardo (ex-Slayer), Jamey Jasta (Hatebreed) and Riley Gale (Power Trip)

8. They Point The Finger