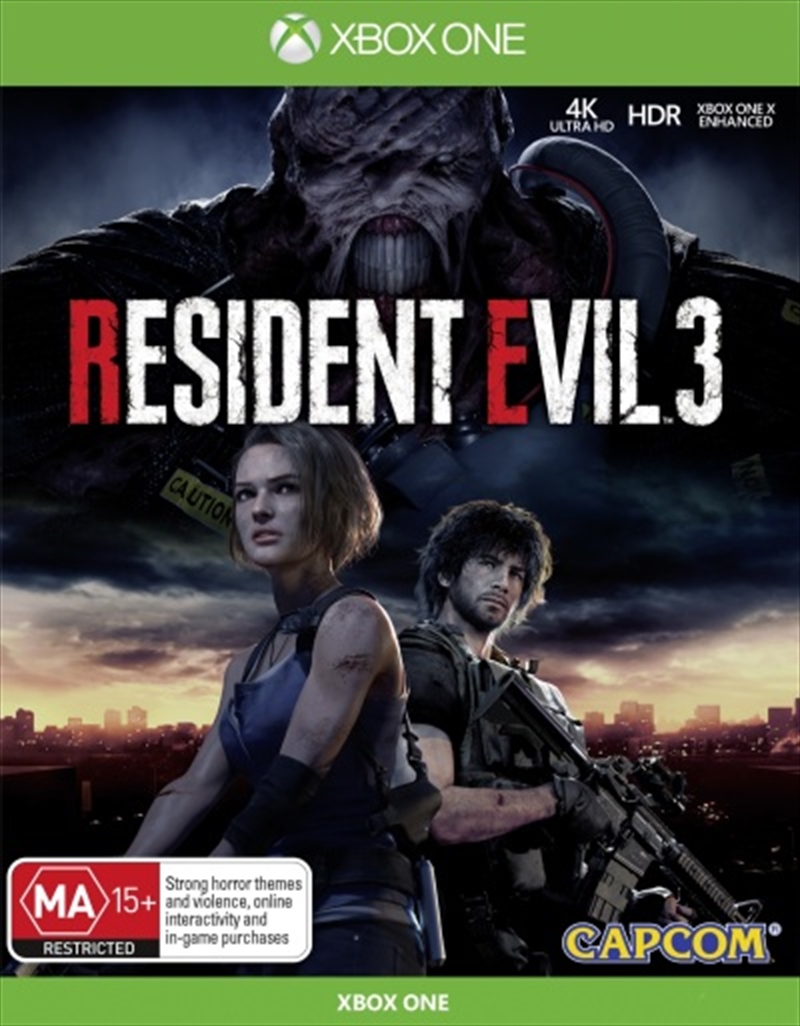 A series of strange disappearances have been occurring in the American Midwest within a place called Racoon City. A specialist squad of the police force known as S.T.A.R.S. has been investigating the case, and have determined that the pharmaceutical company Umbrella and their biological weapon, the T-Virus, are behind the incidents - though they've lost several members in the process. Jill Valentine and the other surviving S.T.A.R.S. members try to make this truth known, but find that the police department itself is under Umbrella's sway and their reports are rejected out of hand.


However, soon reports of a grisly "cannibal virus" begin to surface, and vicious dogs begin roaming the streets. With the viral plague spreading through the town and to her very doorstep, Jill is determined to survive. However, unbeknownst to Jill, an extremely powerful pursuer has already been dispatched to eliminate her.

More about the 1999 classic: The original game, Resident Evil 3: Nemesis was released in September 1999, and has gone on to sell over 3.5 million copies as of September 30, 2019. Just like its predecessor, Resident Evil 2, the game is set in Raccoon City, a city overrun by a whole new kind of biological threat, but this game illustrates the outbreak and conclusion of the incident. It follows the protagonist Jill Valentine as she fights to escape her pursuer, the Nemesis T-Type, and offers a new kind of survival horror which plays off the fear of being constantly and relentlessly chased. This game, Resident Evil 3, reimagines this city as it falls into chaos beneath the undead horde, with a level of detail and fidelity that can only now be realized with current technology.

Mastermind - They secretly kidnap young people for the purpose of data gathering. By forcing these youths into desperate situations, the Mastermind aims to gather valuable research data on how the subjects respond to fear. The Mastermind will not face the Survivors directly. Instead, they observe through the security cameras, setting traps to prevent their escape.

Survivors - A group of youths with different backgrounds who were captured by Umbrella for use in its experiments. They only have one objective: escape. Survivors will need to use their unique skills effectively to cover each other and defeat the creatures together. Cooperation and coordination are vital to success.

Cameras - The Mastermind can observe the Survivors' actions through the security cameras placed all around the facility.

Completing Stages - By completing objectives such as obtaining specific items, Survivors can advance to the next area. Survivors will successfully escape once they complete the third area in a level.

Cards - The Mastermind can use cards to create all sorts of chaos including placing traps and vicious creatures on the map and weaponizing security cameras.

Time Limits and Respawns - When a Survivor takes too much damage, they will start dying. They will not be able to move freely while in this state, but a nearby teammate can revive them. If they fail to get help in time, they will respawn, but lose a chunk of time.

Creatures - The Mastermind can take direct control of zombies and the Tyrant to attack Survivors.

Skills - Survivors each have their own special skills. Damage reduction, healing, melee attack, hacking - use your skills effectively and escape together.