Skippy And The Intruders / Skippy The Bush Kangaroo | Complete Series 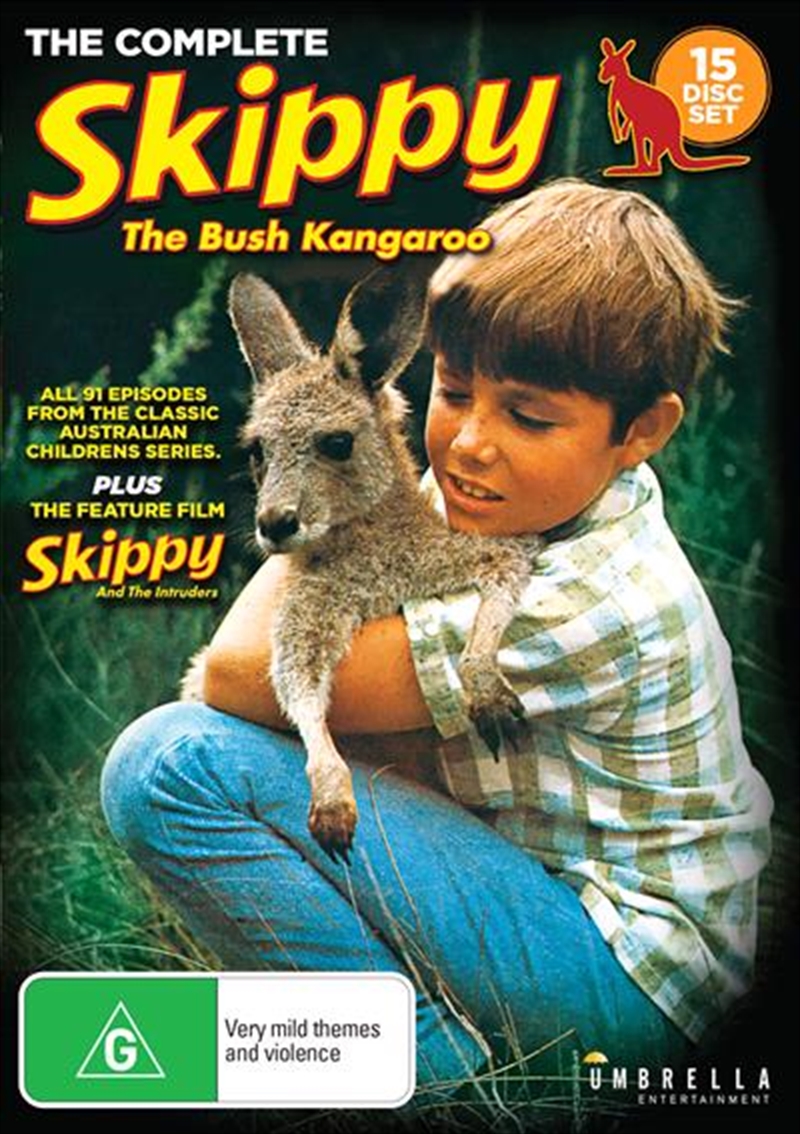 Skippy And The Intruders / Skippy The Bush Kangaroo | Complete Series

The Complete Skippy - An irrepressible icon of Australian Pop culture, Skippy is not only a legend of the small screen but a true blue Aussie hero. The most successful series ever made in Australia, Skippy The Bush Kangaroo, has had sales in over 100 countries and remains our first homegrown international superstar. The grand expanse of Waratah National Park knows no bounds when Skippy is around to keep an eye and a paw on things - from shady poachers, unwelcome campers, deadly creatures and dangerous conditions - there is no shortage of peril and excitement to share. So join Sonny, Ranger Hammond, Jerry, Mark and Clancy on the complete journey of Skippy - from the tentative friendship of the first innocent episode to the final nailbiting conclusion - featuring all 3 action-packed seasons of the ever-reliable marsupial and his gumleaf whistling best friend.
Skippy and The Intruders - This rarely seen 1969 stand-alone production takes place in the famed Waratah National Park and continues the intrepid adventures of young Sonny Hammond (Garry Pankhurst) alongside his ever-reliable marsupial friend.The Intruders arrive in the form of two suspicious divers (Ron Graham and Jeff Ashby) seeking a park permit to carry out regulation abalone fishing. With their request granted by Chief Ranger Matt Hammond (Ed Devereaux) they begin an underwater operation which involves a clandestine treasure hunt in a submersible to retrieve the cargo of lost gold from a sunken wreck.When Sonny, Clancy (Liza Goddard) and Skippy discover the truth behind the divers duplicity and uncover a complex smuggling ring in the process they are captured and summarily locked up. With Matt and Flight Ranger Jerry (Tony Bonner, The Lighthorsemen) on the case, aided by a sympathetic woman named Meg (Jeanie Drynan, Muriels Wedding) it will take nerve, ingenuity and every trick in Skippy's pouch to get them out of this tight bind.
DETAILS