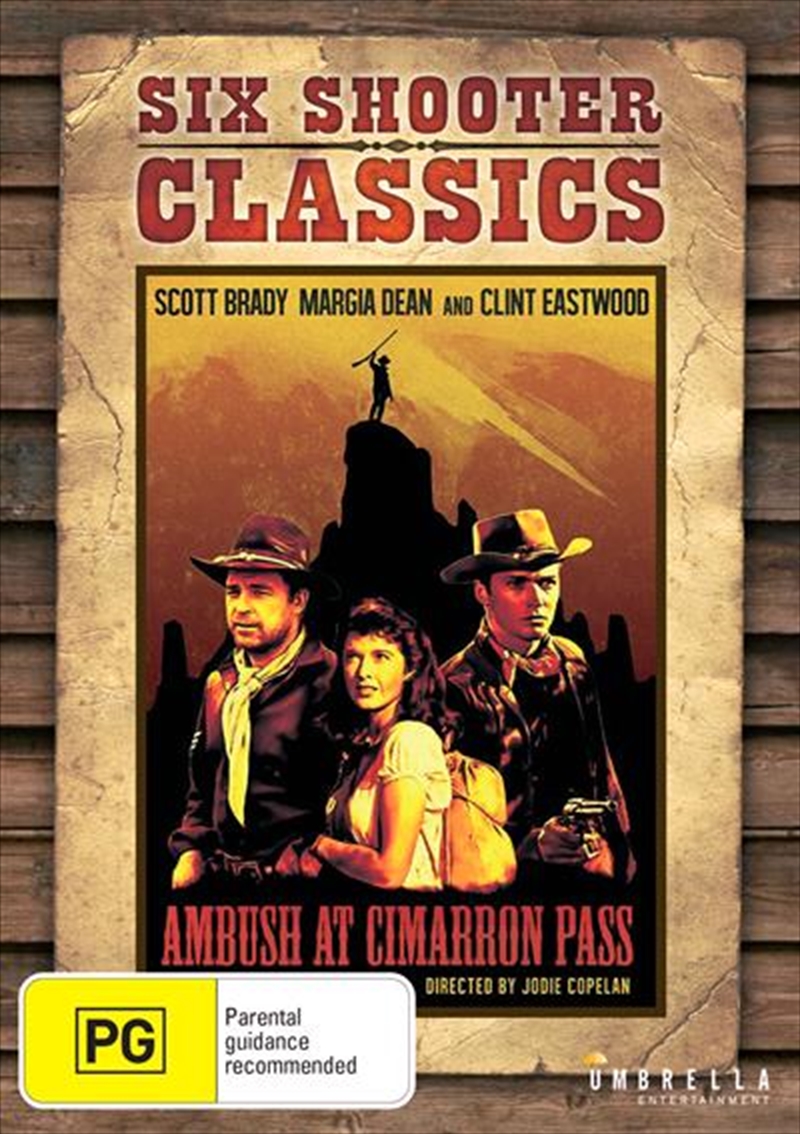 DESCRIPTION
Savage by savage...they fought out of a deadly Apache torture trap!

Ambus At Cimarron Pass is a 1958 western and the only film directed by film editor Jodie Copelan. The film stars Scott Bradley (Johnny Guitar) and screen legend Clint Eastwood (The Good, The Bad and The Ugly) in his first western.Leading a small platoon of cavalry soldiers while escorting a dangerous prisoner through treacherous Indian territory, Sgt Matt Blake (Brady) is forced to rely upon oupon a group of ex-confederates headed by Capt. Sam Prescott (Frank Gerstle) and Ramrod Keith Williams (Eastwood) to successfully complete his mission.
DETAILS