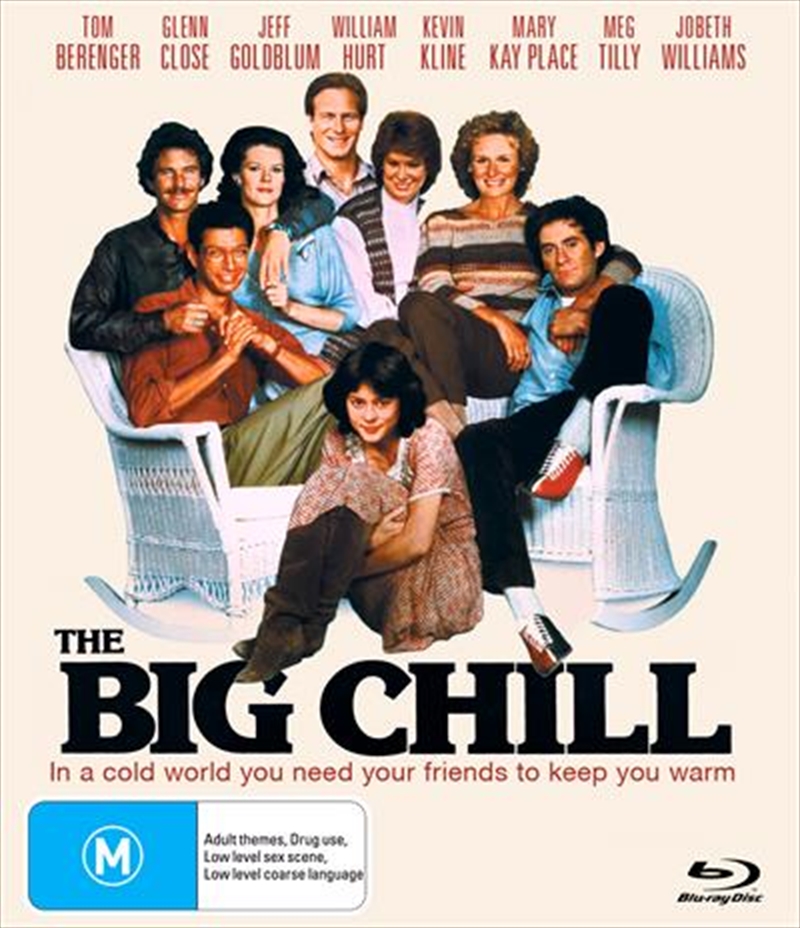 Want to click and collect? Check store availability
DESCRIPTION
Celebrate good friends, classic music and ground-breaking moviemaking with this special Collector's Edition of THE BIG CHILL! Experience the movie in digitally remastered picture and stereo sound from the original film elements. With a new featurette including up-to-date interviews with the cast and filmmakers, behind-the-scenes footage and hilarious scenes never before shown, this definitive Special Edition will take you straight to the heart of the reunion that made film history. Join Kevin Kline, Glenn Close, William Hurt, Jeff Goldblum, Tom Berenger, Mary Kay Place, Jo beth Williams and Meg Tilly as they reunite for the funeral of a college pal. During the weekend that follows, these friends compare their 60s ideas with the harsh reality of their lives in the 80s, and discover that in a cold world, you need your friends to keep you warm.
TRAILER
DETAILS