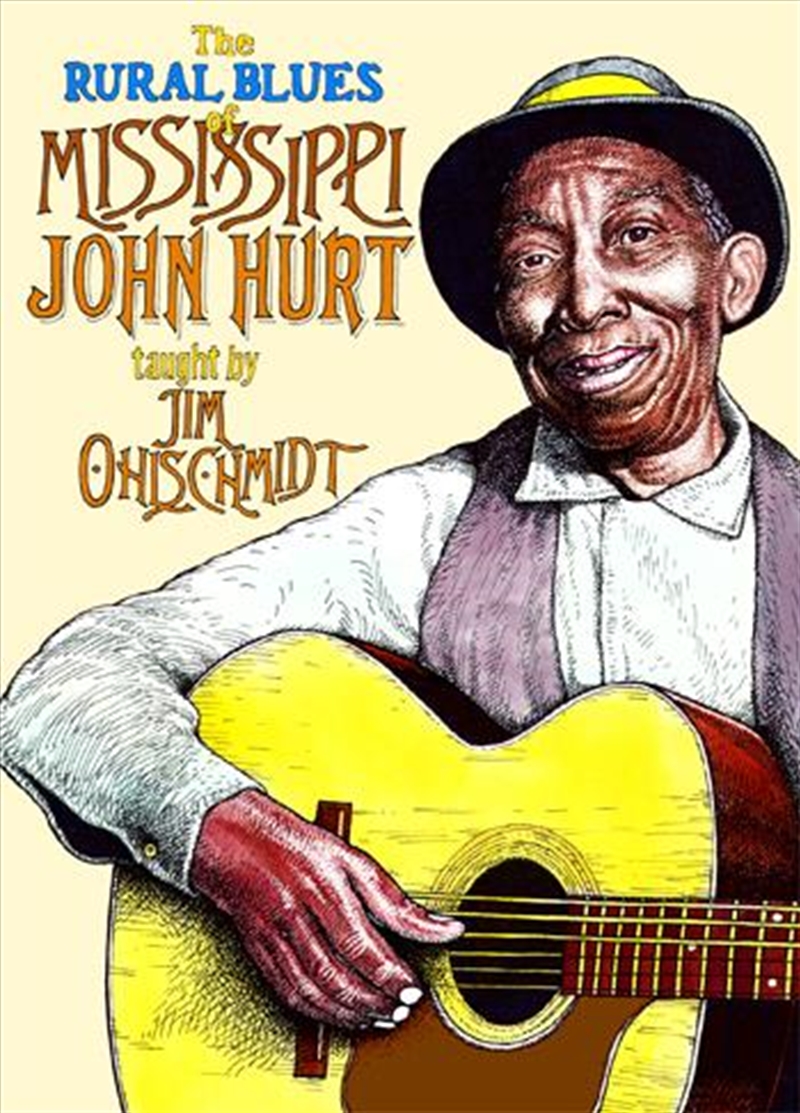 In this DVD lesson you will learn some of the classic songs performed by Mississippi John Hurt. Unlike some of his contemporaries who played in open tunings, John Hurt mostly used standard tuning and played in a variety of keys. His playing demonstrates a systematic approach to playing melody and rhythm with an alternating thumb technique that allows for playing up and down the neck without the extensive use of chord inversions and tricky fingerings. John Hurt's guitar work embodies a refreshing simplicity that is well within the grasp of any serious student of fingerstyle guitar.

In addition to learning what the left hand does, we will learn how to get John Hurt's "sound" with our right-hand picking, using palm muting and brushstrokes in the rhythm. A variety of familiar keys are covered here: A, C, E, G, and D. We'll even learn one of the few songs John Hurt wrote and played in Open G tuning. John's repertoire is also a fascinating snapshot of early 20th century popular music, and many of the songs he played have a rich history which is explored in the accompanying notes.

Each tune is taught phrase by phrase and played slowly on a split-screen. A detailed tab/ music booklet is included as a PDF file on the DVD. As well, the original recordings are included in the Bonus Audio section.

Titles include: Make Me A Pallet, Joe Turner Blues, Ain't Nobody's Dirty Business, Coffee Blues, Boy's You're Welcome, Let The Mermaids Flirt With Me, Spider, Spider, Got The Blues, Can't Be Satisfied, Stagolee, C-H-I-C-K-E-N, You've Got To Die