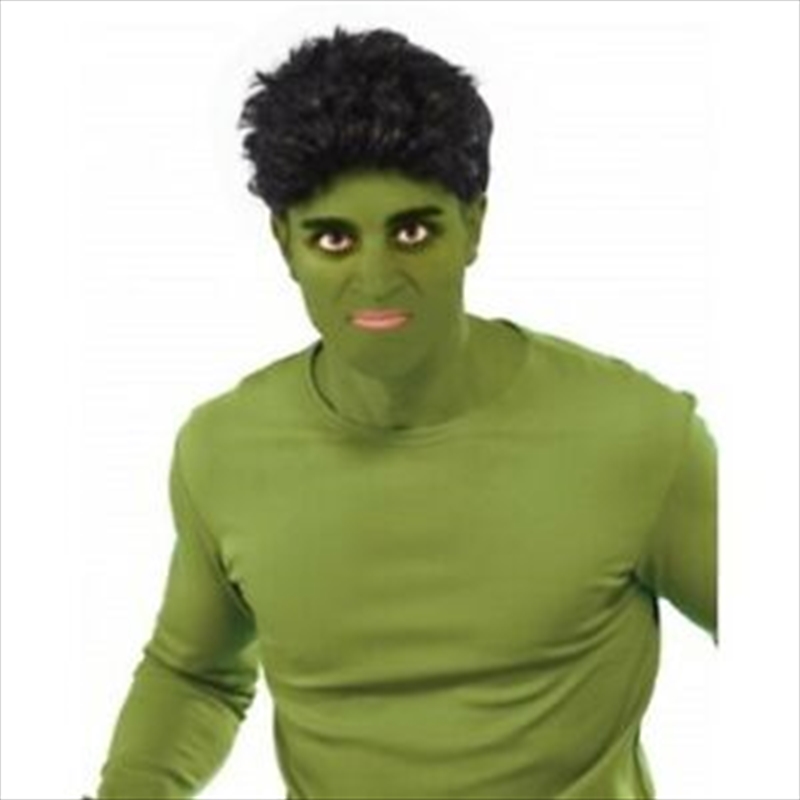 Wig Up! Get the crazy black locks of the Hulk to finish your look