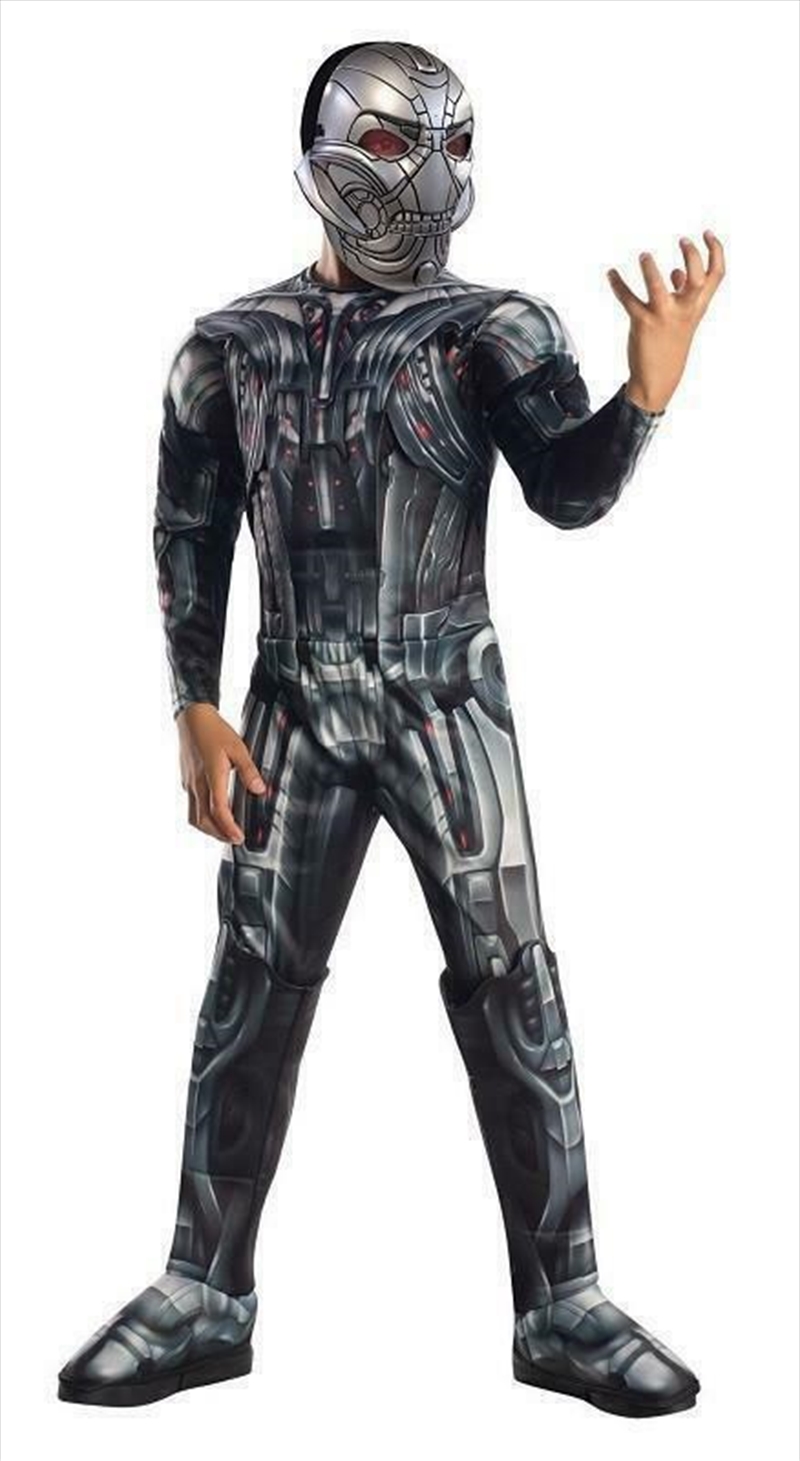 The name Ultron is one that scares the strongest of Avengers. Created by Hank Pym, Ultron is a super villain in Marvel Comics and the Marvel Cinematic Universe, fighting against the mighty Avengers. With an adamantium body this robot has one mission only – to destroy anything good in his path. He shows his mighty strength in movies including Avengers: Age of Ultron (2015) as an android not to be messed with. Step into Ultron’s robot suit and take on Earth’s greatest heroes, the mighty Avengers! You can be the ultimate robot when you don this Ultron costume!