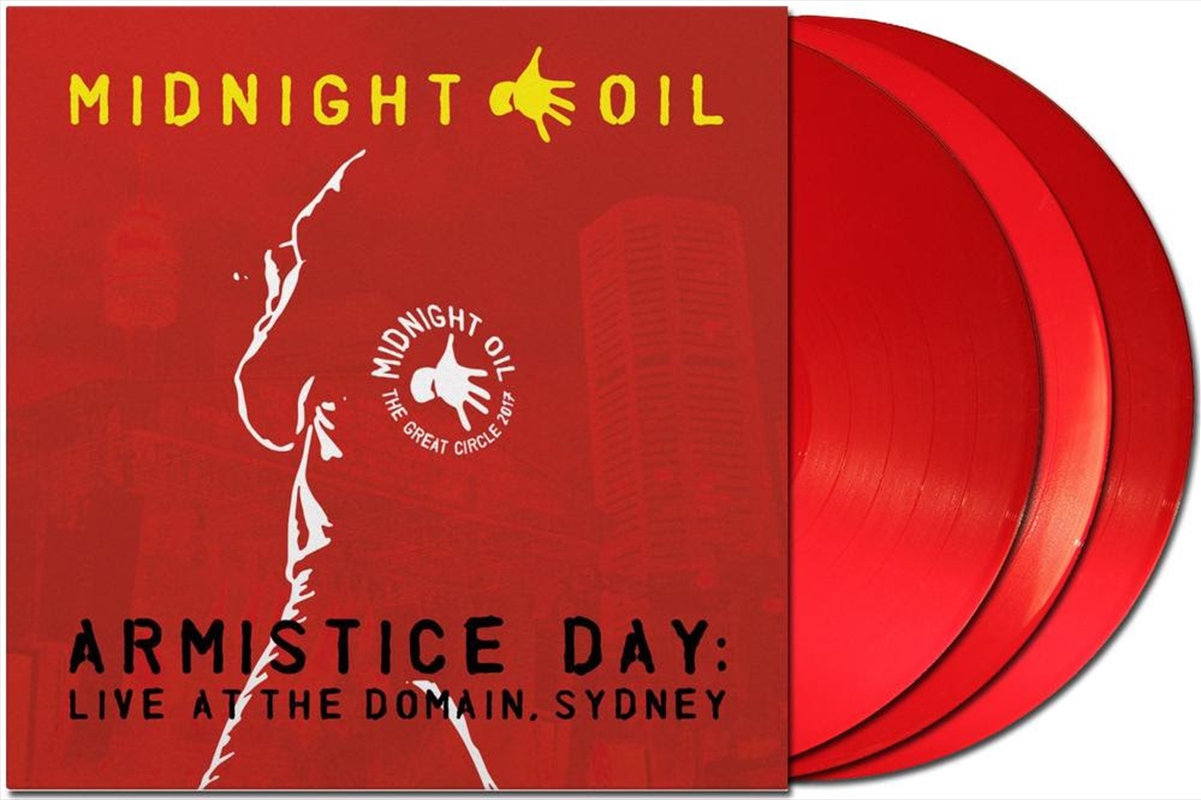 The tour was the band's first in over 15 years, commenced in Sydney, traveled to 16 countries, completed 76 performances in six months and concluded at The Domain in November 2017.

The performance of their final show at the Domain was recorded and now available on 3 LPs.

They performed both their gigantic solo hits, such as Beds Are Burning and Blue Sky Mine, as fan favorites like Read About It and Only The Strong.

It's a fantastic live experience full of energy and with much attention to their often political subjects. Armistice Day: Live At The Domain, Sydney showcases Midnight Oil at their absolute finest.

3. Power And The Passion

3. Put Down That Weapon

2. No Time For Games

5. King Of The Mountain