Voice Of The Eagle - The Enigma of Robbie Basho 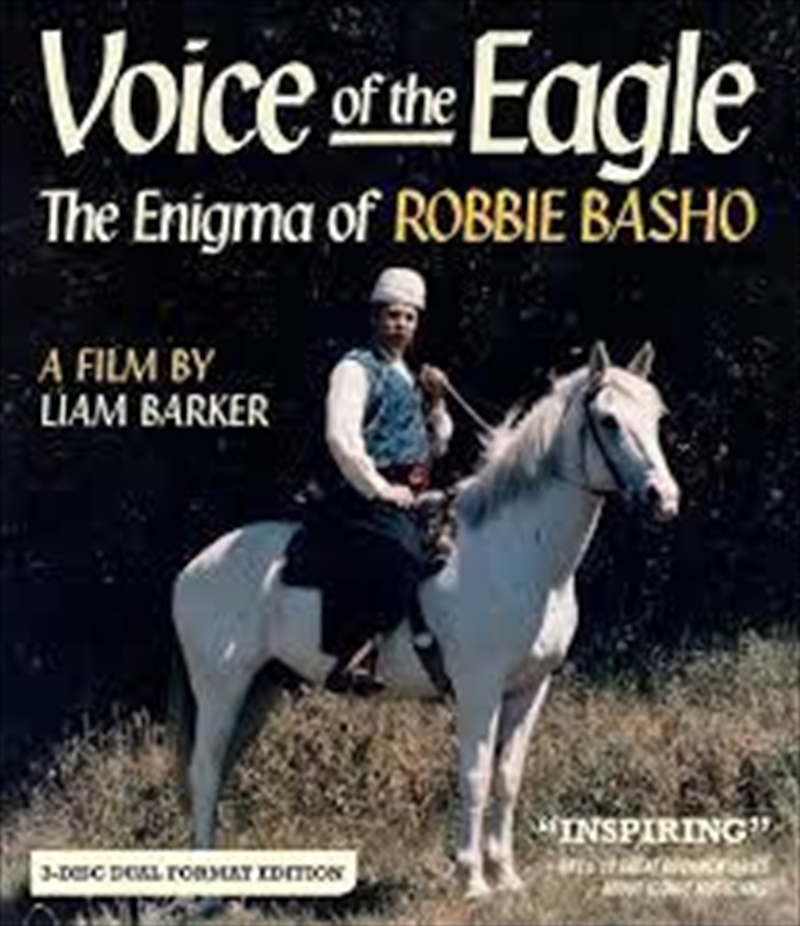 Voice Of The Eagle - The Enigma of Robbie Basho

Voice of the Eagle: The Enigma of Robbie Basho is a feature-length documentary on the extraordinary life and visionary music of the American guitarist, singer and mystic Robbie Basho. Before his bizarre death at the hands of a chiropractor, Robbie Basho was sure that his compositions would not outlast him.

Orphaned during infancy, diagnosed with synaesthesia (a union of the senses that caused him to interpret sound as colour) and claiming to be the reincarnation of a 17th century poet--the Baltimore-born, Berkeley-based guitarist and singer's musical output was equally as outlandish as his persona. In his brief and troubled life he laid the foundations for radical changes to the musical landscape of America during the 1960s and '70s but reaped little more than a sparse (if fervent) following during his lifetime.

Voice of the Eagle: The Enigma of Robbie Basho is a journey into the heart of an artist's lifelong struggle: designed to illuminate and satiate existing fans while serving as a perfect starting point for the uninitiated.

Bonus features include a trailer and almost half an hour of extended interviews.

Title: Voice Of The Eagle - The Enigma of Robbie Basho