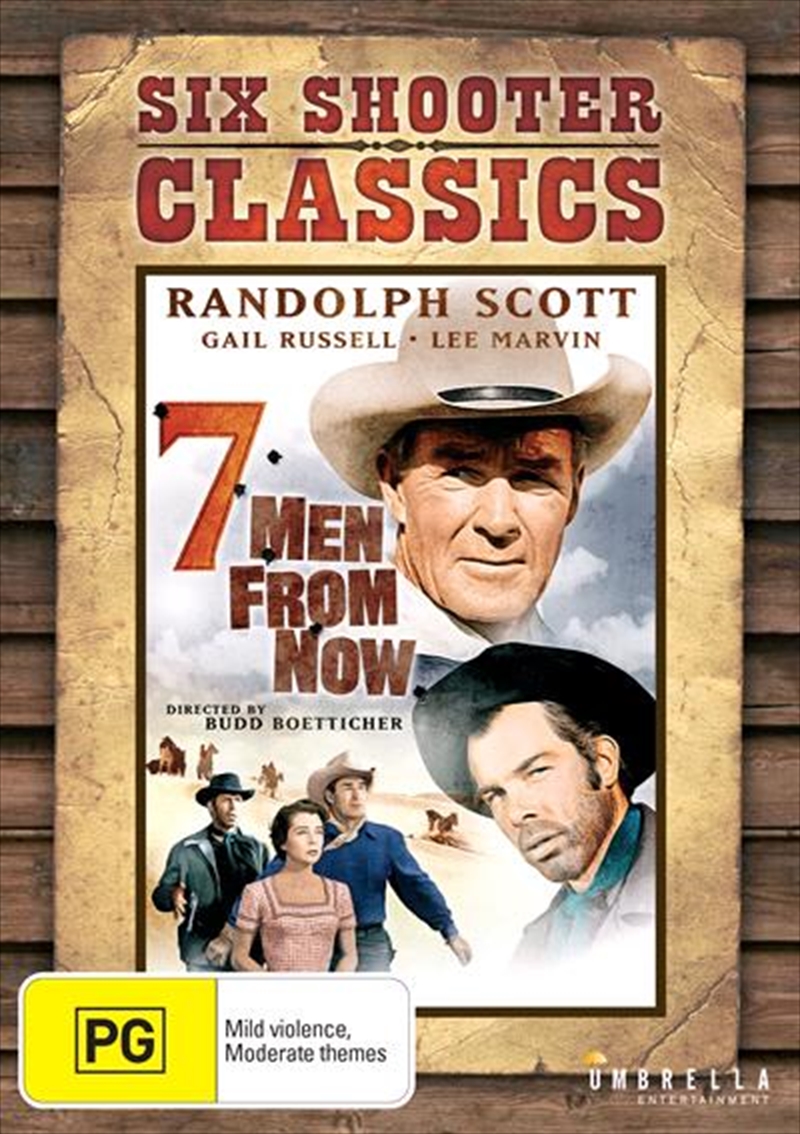 Shipping - See delivery options.
Postcode:
Quantity:
SEE MORE IN:
3 for $30 Movies & More
Seven bullets from here his woman would be waiting -- Seven men from now -- her shame would be wiped out!

The hunt is on for seven men. Seven murderous rogues who robbed a Wells Fargo freight station of $20,000, killing a clerk in the process.Ex-lawman Ben Stride (Randolph Scott, The Tall T) is the man determined to track down those seven men, for it was his beloved wife who was murdered during the heist. During his quest, Stride encounters a struggling, California-bound pioneering couple (Walter Reed, Tora! Tora! Tora!Gail Russell, Angel and the Badman) as well as an old nemesis, Masters (Lee Marvin, The Killers), with whom Stride shares an uneasy alliance. All will find themselves swept into the drama of Strides search for frontier justice. Guns blaze and deceptions abound in this rugged drama, with Scott perfectly cast as the stoic, no-nonsense Western hero.