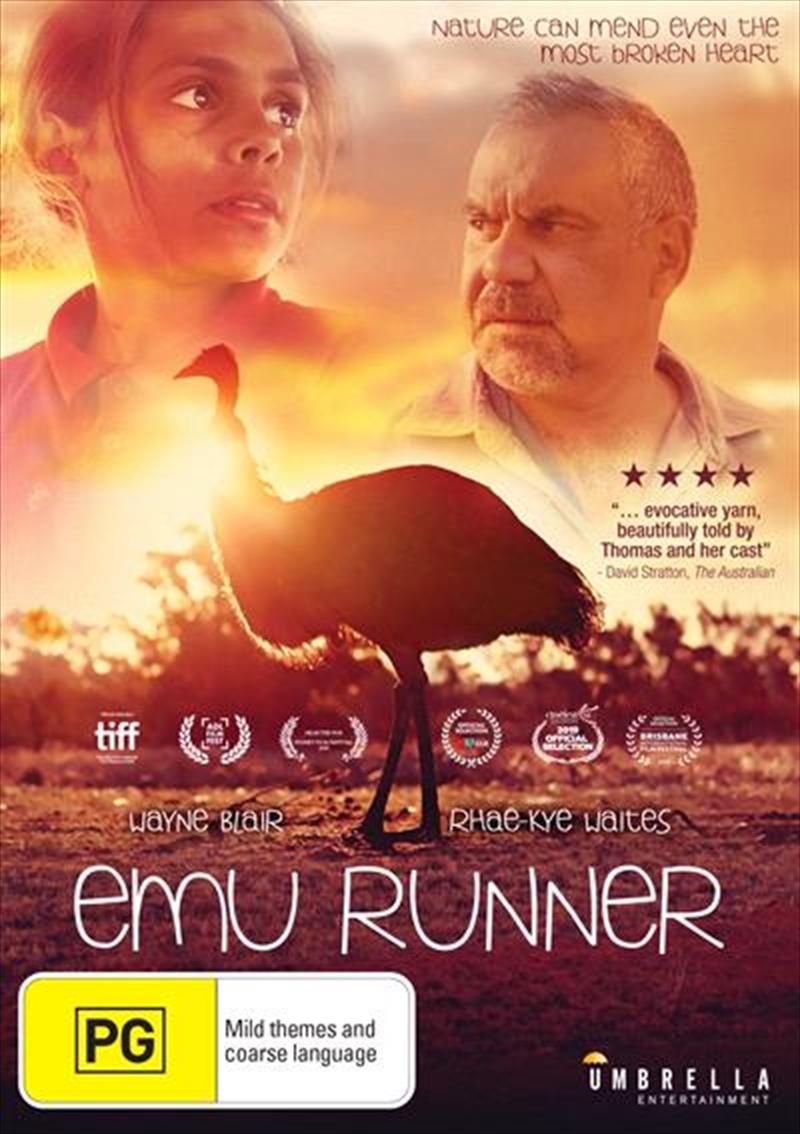 SEE MORE IN:
$10 Movies
DESCRIPTION
Nature can mend the most broken heart.

Emu Runner is the story of Gem Daniels (Rhae-Kye Waites), a nine-year-old Indigenous girl, who lives in a remote Australian town. As she copes with her mothers unexpected death, Gem finds solace in the companyof a wild emu, unwittingly connecting with her mothers traditional totem animal.Gems obsessive attachment to the emu leads her down a troubled path as she feeds it her school lunches and begins to steal extra food for it. To spend more time with the emu, Gem skips school, attracting the attention of a new social worker in town, Heidi (Georgia Blizzard, Thor: Ragnarok) who is convinced Gems family is failing to look after her.With the death of his wife, Gems father Jay Jay (Wayne Blair, The Sapphires) is left to raise Gem, her 15-year old sister Valerie and her 17-year-old brother Ecka on his own. While Jay Jays commitment to his family doesnt waver, the pressures to make ends meet and hold the family together are exacerbated by the antics of his children. Not only does Jay Jay face prejudices from the white community in the town, he also has to prove himself to as a competant sole parent before Heidi takes Gem from him.
TRAILER
DETAILS