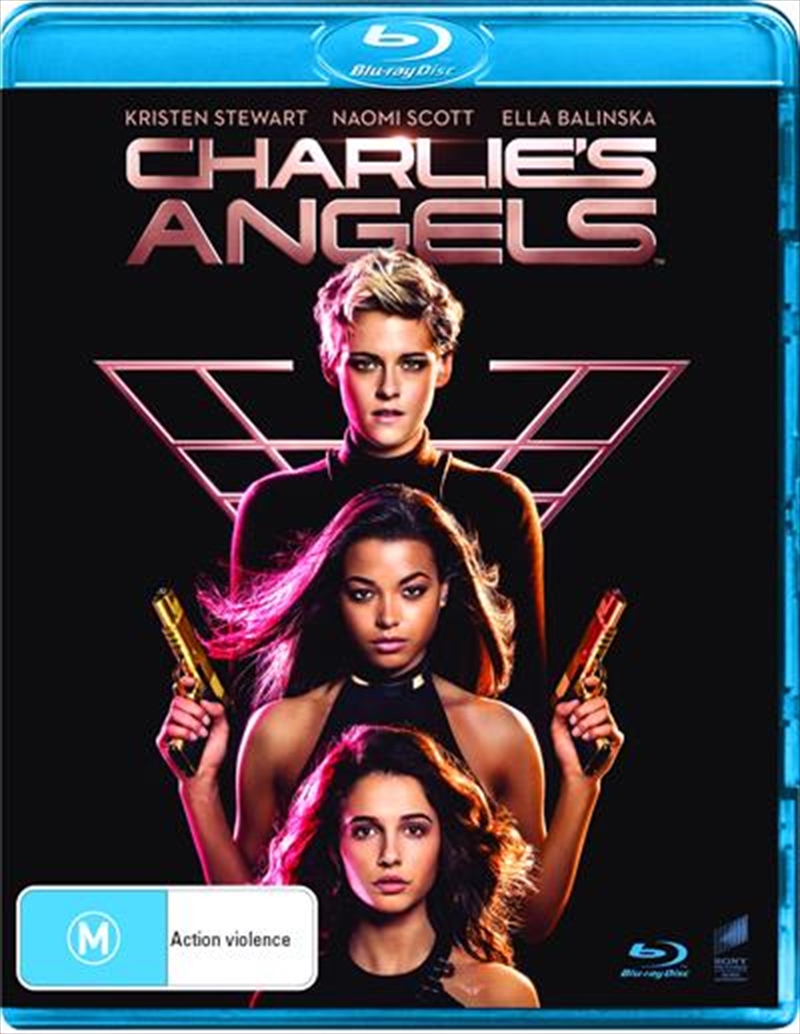 The next generation of fearless angels takes flight! Starring Kristen Stewart, Naomi Scott, Ella Balinska and Elizabeth Banks. When a systems engineer blows the whistle on a dangerous technology, Charlie's Angels from across the globe are called into action, putting their lives on the line to protect society.

When a new reboot of a dormant franchise is announced, fans act in one of two ways, they are either excited or they instantly hate it. ‘Charlies Angels’ is no exception to this rule. This film received a mixed response upon release, with fans either liking the new adaptation of the classic material, or fan outrage, expressing their displeasure with the new adaptation. I had a fun time with ‘Charlie’s Angels’, whilst it does have its flaws, it is filled with a lot to love as well. ‘Charlie’s Angels (2019)’, follows the angels as they are called into action as a young systems engineer blows the whistle on a new dangerous technology that threatens everyday life as we know it. The film was directed by Elizabeth Banks and stars Kristen Stewart, Naomi Scott and Ella Balinska as our titular heroes. So how was ‘Charlies Angels (2019)’?
This film was surprisingly a lot of fun, as someone who is not a huge fan of the original show or the two films from the early 2000’s, I was not anticipating much from this film, but it ended up being a pleasant surprise. The cast are what make this film as enjoyable as what it is. Kristen Stewart steals the show as Sabina Wilson. Predominantly known for her dramatic work and roles in the ‘Twilight’ films, Stewart has constantly received criticism for being ‘one-note’, here Stewart acts as the comic relief, playing against type and she is wonderful in this role, she easily is the most likeable out of a pretty likeable cast, so that is a testament as to how likeable she is in this role. Naomi Scott (Elena) and Ella Balinska (Jane) round out the Angels. Both of these actors are also great, it was enjoyable to see the three of them interact and learn to act as a team. Other cast members include the director herself ‘Elisabeth Banks’, ‘Sam Clafflin’, ‘Djimon Hounsou and Nat Faxon. All of them are great but the great Sir Patrick Stewart steals the show as John Bosley even though his performance is only brief. It is always great seeing Stewart on screen and here he is wonderful as the big bad. Elizabeth Banks understands how talented the cast she is working with is, she utilises them all so well. She, herself is quite good in the film as well. The film is just a lot of fun.
‘Charlies Angels (2019)’ is an enjoyable reboot of a long-dormant franchise. With a fun cast of characters led by the surprisingly charismatic Kristen Stewart, who proves that she has a lot to offer as a performer especially in these types of comedic roles. ‘Charlies Angels’ was a huge surprise and an enjoyable flick. Check this one out today on Blu-Ray and DVD!
Chris has written this movie review for Sanity. See more from Chris here