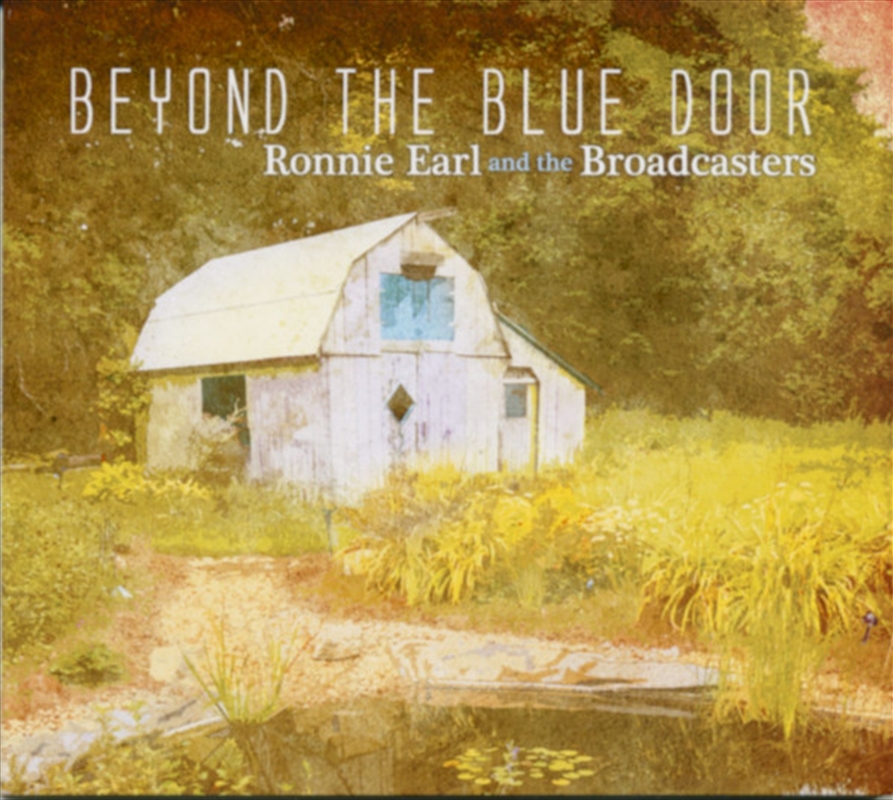 Award-winning blues guitar master Ronnie Earl delivers the goods as only he can on his new record Beyond the Blue Door, a joyful noise on Stony Plain Records. The set features Earl backed by his eternal band The Broadcasters as well as guest appearances by Kim Wilson, David Bromberg, and Greg Piccolo.

Earl is a four-time Blues Music Award winner and a guitarist’s guitarist who has always played with more tone, soul, and personal truth than one human should be able to muster. His fans will be happy to know that his music and playing are still inspiring and articulate at this point in his life and his gift for phrasing is very much intact.

Earl has long been considered one of the finest guitarists working in our modern times due to his raw talent and the overwhelming healing energy he radiates with every note. He’s highly skilled, emotional, and able to achieve a level of non-verbal communication most musicians don’t even know exists. It’s hard to hang a name on what he does but you’ll understand the moment you hear him. The Broadcasters are equally amazing. Keyboardist Dave Limina, vocalist Diane Blue, drummer Forrest Padgett, and bassist Paul Kochanski play brilliantly with Earl and the five of them together comprise a truly next-level blues band. They are also joined by Anthony Geraci on piano, Peter Ward on guitar, Mario Perrett on tenor sax, Scott Shetler on baritone sax, Larry Luisgnan on guitar, Michael Rush on bass and Scott MacDougal on guitar.

Beyond the Blue Door opens with gentle, Motown-inflected “Brand New Me,” which spotlights vocalist Blue and keeps with Earl’s tradition of profoundly understating himself. Most guitar players want to come out blazing on the first cut of a new record but Earl displays wisdom that goes beyond that kind of predictable move. He knows that it’s the song and the groove that matter most and that he no longer has to prove anything to anyone. As such, he starts the party with a song that will get people smiling and dancing. There’s plenty of guitar slinging time yet to come.

“Baby How Long” gets down into some blues and brings us the always-compelling Kim Wilson of the Fabulous Thunderbirds on harmonica and vocals. It’s a relaxed shuffle that contains some nice guitar and harp interplay and Wilson also gives a subtle but heartfelt vocal performance that fits the song’s vibe well. “Drown In My Own Tears” follows, a slow, late-night sort of blues that shows the musical things Ronnie does better than anyone else. He phrases like a gospel singer and plays with so much feeling that his notes seem to touch you physically. These things, more than anything, are his center.

“Why Can’t We Live Together” is a hushed and emotive call for world peace that has more than a little Marvin Gaye to its pocket. Diane Blue gets every bit of this one on vocals and gives it her own treatment. Earl plays with a good heart and a desire to help the world and moments like this are what make him special. “T-Bone Stomp” is a perfect shuffle and once again displays Earl’s smoldering touch on lead and rhythm guitar.

Beyond the Blue Door ends with “Blues For Charlottesville,” a slow, instrumental blues that shows love for the troubled city in its title. It’s Ronnie’s way of sending strong, positive energy to one of the many places in our world that could really use it. Earl wears his intention on his sleeve and leaves us with a feeling of peace at the end of the record. Ronnie Earl is always a treat for the ears and the soul and Beyond the Blue Door is another outstanding chapter in his distinguished career.

A1 Brand New Me

A2 Baby How Long

A3 Drown In My On Tears

B2 A Soul That's Been Abused

B3 Why Can't We Live Together

B4 Peace of Mind