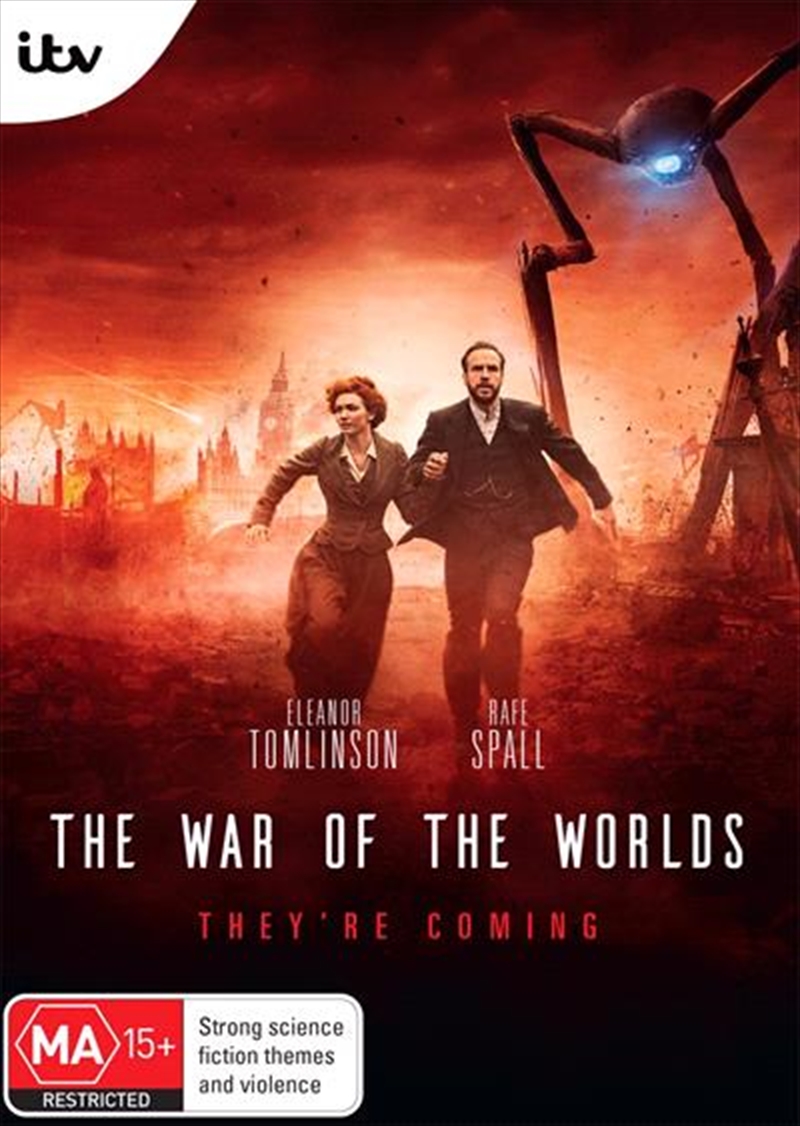 Shipping - See delivery options.
Postcode:
Quantity:
SEE MORE IN:
3 for $30 TV Cant Seem To Stream
Set in Edwardian England, this major new television adaptation of H.G. Wells seminal tale - the first alien invasion story in literature - follows George (Rafe Spall) and his partner Amy (Eleanor Tomlinson) as they attempt to defy society and start a new life together.Rupert Graves stars as Frederick, George's elder brother, and Robert Carlyle plays Ogilvy, an astronomer and scientist. A gripping collision of science-fiction, period drama and horror, this visceral thriller tells their story as they face the escalating terror of an alien attack after a huge meteor strike. As the inhabitants of Earth slowly fall victim to a vicious invasion, they must fight for their lives against a ruthless enemy beyond their comprehension, an enemy determined to destroy humanity and conquer the planet.