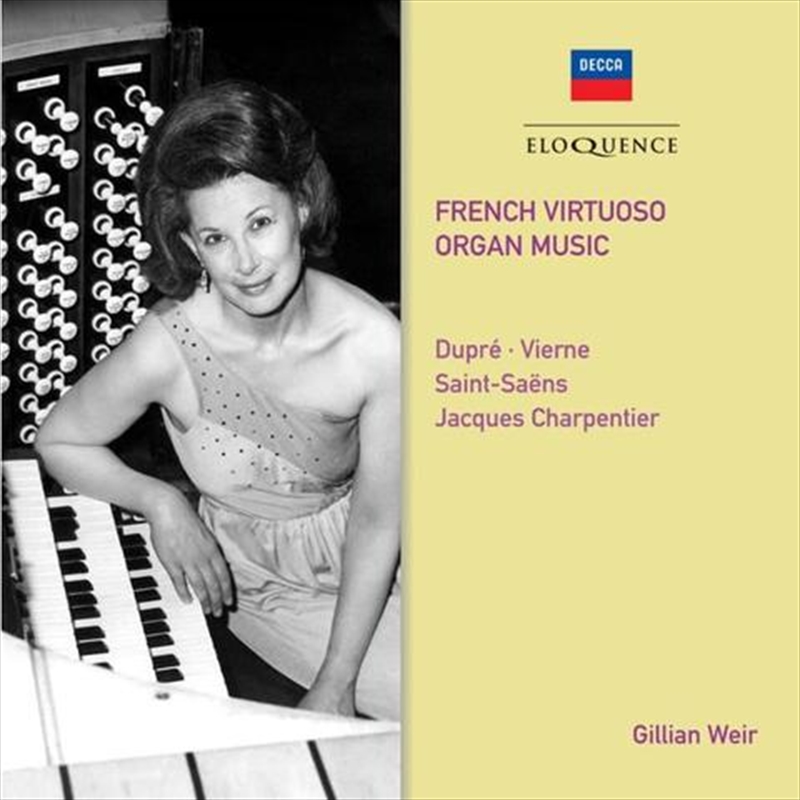 A first CD release for a thrilling recital of dazzling toccatas and fantasias from the French organ tradition.

Installed in 1972 and built by the Austrian firm of Hradetzky, the four-manual organ at the Royal Northern College of Music was just four years old when Gillian Weir recorded this album for the now-defunct Prelude Records label. She draws from it a robust, vibrant sound and a dazzling array of French-accented colours in a showpiece recital which shows off both organ and organist to best advantage.

As she relates in a newly written booklet note for this reissue, Gillian Weir played many recitals on the Hradetzky organ. She found its fresh, exciting sounds and array of pungent reed stops ideal for this repertoire. The album opens and closes with spectacular pieces by Marcel Dupré, the epitome of the French organist-composer tradition. The prodigious polymath Saint-Saëns had himself been acclaimed by Liszt as the greatest organist in the world, and he composed the carefree Fantaisie in his early twenties to display his own gifts at the console.

Vierne succeded Widor as titular organist at Notre Dame, and his own Piecès de fantaisie are steeped in the cathedral’s acoustic and the possibilities of the instrument designed by the king of French organ builders, Aristide Cavaillé-Coll. Among them, Naïades is his most loved piece, a perpetuum mobile of rippling scales summoning up a vision of laughing water nymphs diving through the water.

The most demanding piece in Gillian Weir’s recital draws from the Vierne tradition via Olivier Messiaen, in L’ange à la Trompette by Messiaen’s pupil Jacques Charpentier. Her performance of its exuberant, culminating toccata elicited particularly glowing critical praise when the album was released, for her absolute rhythmic security and assured mastery of both music and instrument.

15 Toccata in B flat major