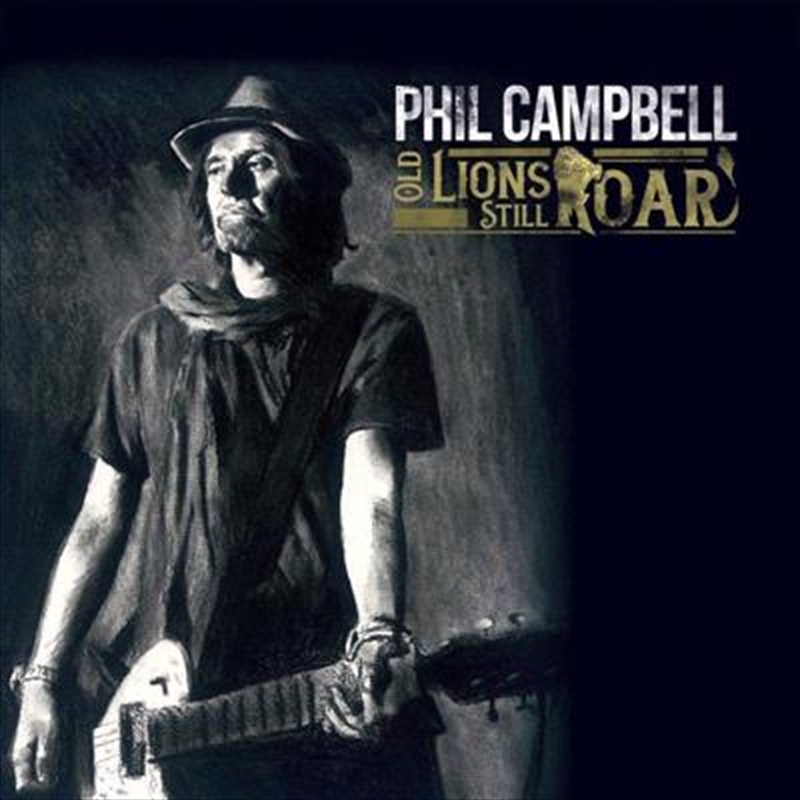 Some people just don't need no introduction. And this fine gentleman is high on top of that list: Phil Campbell, Welsh rock titan, Motörhead guitarist for more than 30 years until the bitter end, father of that hard rocking spawn called Bastard Sons, rock and roll luminary.

In short: the stuff six string legends are made of. Slowly but steadily nearing his sixties, Phil Campbell still hasn't lost his hunger for the noise. After a highly successful record as Phil Campbell And The Bastard Sons (the family rock act he pulled off with his own three sons) and a feverish run of live dates with the likes of Guns'n'roses, he's about to shed his skin once again – only to reveal his own true self this time around.

The title of his first solo record? "Old Lions Still Roar". Oh yes, Mister Campbell, they do. And decidedly more so than the cubs. Armed with an arsenal of fierce riffing, anthemic hooks, pumping energy and no-holds-barred hard rocking fuel, Campbell underlines his reputation as one of rock's keenest preservers. Recruiting a cast of stellar all-star guests to participate on what is easily not only the most anticipated solo debut of recent times but also the one exceeding every expectation, Campbell now reaps the harvest. Big time. Humble Welsh fellow that he is, tries to talk it all down, of course. "I just wanted to make a good album", he shrugs.