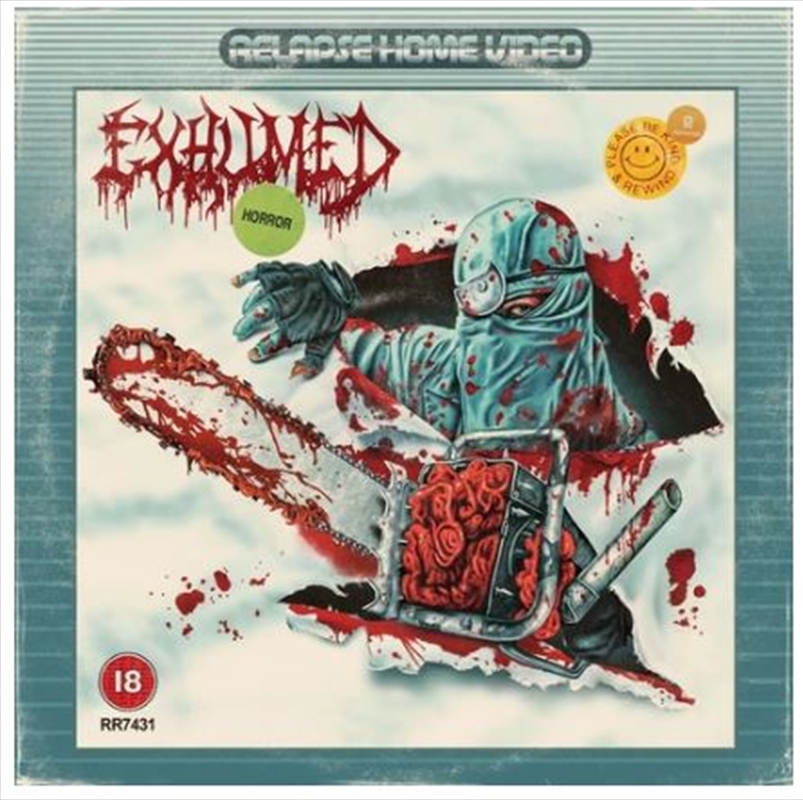 Aptly titled, Horror is an exploration of all things macabre, as the undisputed pioneers of neck-breaking riffs plow through 15 of the band's most intense tracks to date.

Nightmares meet shred, as the speed-inducing track "Ravenous Cadavers" highlight Exhumed's penchant for blazing, face melting guitar work, while "Naked, Screaming and Covered in Blood" and "Playing With Fear" elevate the band to levels of grind unheard of since Gore Metal! Horror was recorded at Exhumed's home-built studio Darker Corners, a first in the band's career.

Horror was produced by Exhumed and Alejandro Corredor (Brujeria, Nausea) and was mixed and mastered by Joel Grind (Toxic Holocaust).

3. Scream Out In Fright

5. Utter Mutilation Of Your Corpse

9. Naked, Screaming, And Covered In Blood