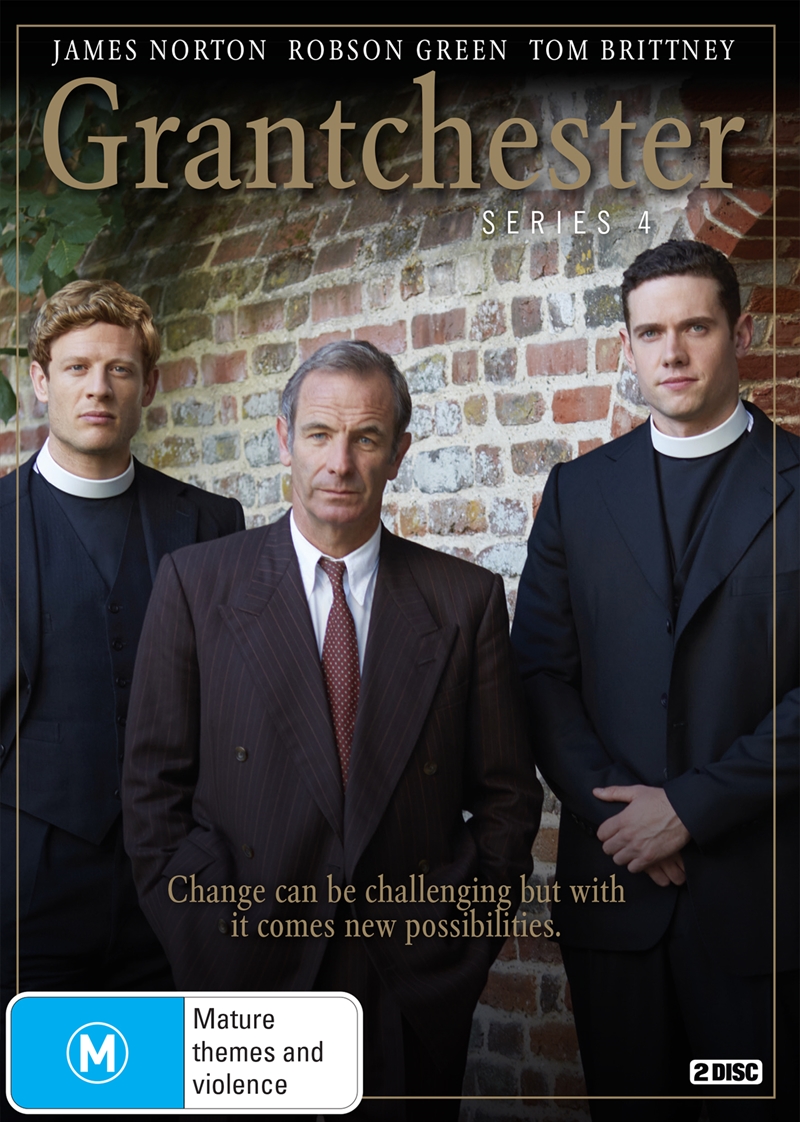 Its 1956 and change truly is in the Grantchester air! The post-war rulebook is being torn up its the birth of the teenager, the era of Elvis. Teddy Boys are on the streets of Cambridge. Even science fictions becoming reality with a new computer up and running at the university. Theres change at the vicarage too. Reverend Sidney Chambers is feeling adrift, a man without a cause ever since his sweetheart Amanda left over a year ago. Now his life revolves around church services, interminable meetings of the Parochial Council and the rare moments of excitement when he can lend a hand to his crime fighting partner, DI Geordie Keating. Sidney needs a little danger in his life, which is exactly what he gets when American civil rights activist Violet Todd arrives in the city and fires up his need for social justice. And soon enough, theres a new Vicar of Grantchester: firebrand Will Davenport, stepping up to take his place at the pulpit. And whilst Will embraces the future, Inspector Geordie Keatings left entirely baffled by it. Navigating a world without Sidney, where does he fit?