Don't Raise The The Bridge, Lower The River 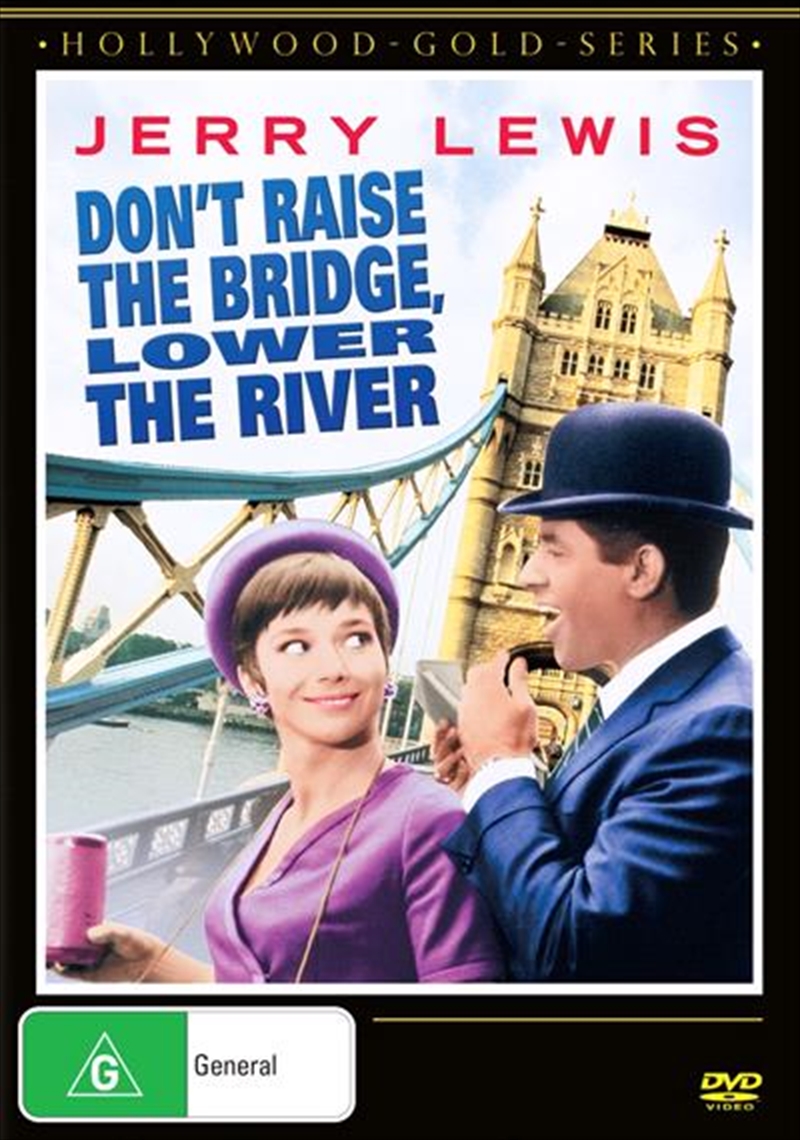 Don't Raise The The Bridge, Lower The River

Jerry's in London - trying to make an easy million the hard way!

Dreamer George Lester (Jerry Lewis) continually focuses on outrageous ways to make cash, and his fed-up wife, Pamela (Jacqueline Pearce), finally decides to leave him. To impress her, he converts their home into a swinging dance club -- but she is mortified when she returns. Undeterred, George enlists his grifter buddy H. William Homer (Terry-Thomas) and concocts a bizarre moneymaking plan that involves secret blueprints, international espionage and crooked dentist Dr. Pinto (John Bluthal).

Title: Don't Raise The The Bridge, Lower The River