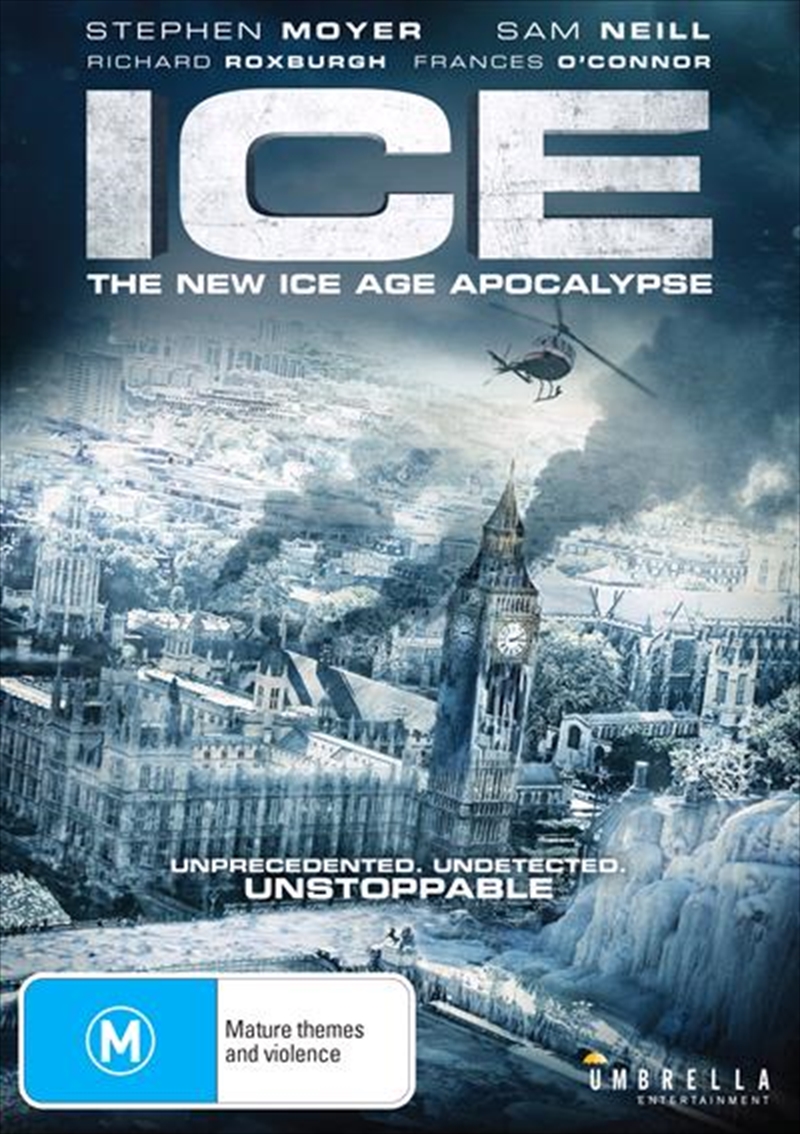 Want to click and collect? Check store availability
DESCRIPTION
Where Will You Go? What Will You Do to Survive?

It is 2020. Global warming has turned the regions of Southern Europe to desert and the Arctic polar ice cap is disappearing rapidly. There is a refugee crisis on an unprecedented scale as populations migrate north. Energy companies are turning to increasingly dangerous methods to extract what little oil is left on Earth.Environmental scientist and activist Professor Thom Archer (Richard Roxburgh, Van Helsing), warns of the imminent possibility of a new ice age. His findings suggest that Halo, the corporate energy company drilling on the Greenland Glacier are causing it to melt, with alarming consequences. Archer heads to the Polar Alliance subcommittee and presents his findings to a sceptical audience, failing to convince anyone of the danger ahead.Intent on exposing Halo, Archer receives a frantic call from friend and colleague Ben Jameson (Gareth Reeves, Pete's Dragon) and heads to the glacier. Jameson, an expert Glaciologist, claims to have found damning evidence that proves Archers findings are correct. Arriving on the ice cap, the effects of Halos actions are clear to see. With the realisation that the human race is under immediate threat, Archer races home to his family hoping hes not too late.
DETAILS