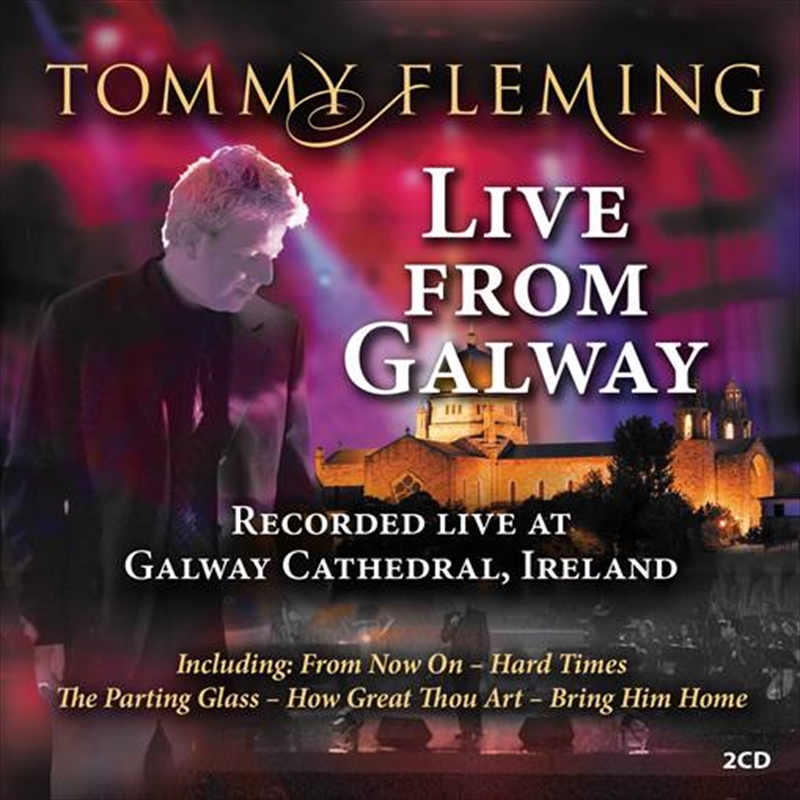 ‘The Voice of Ireland’, Tommy Fleming, returns with a new CD full of inspirational, spiritual songs of hope. Live from Galway Cathedral was recorded in front of a live audience, and features 24 songs performed with a full band, orchestra and choir, including timeless favourites such as ‘Bring Him Home’ from Les Misérables, ‘The Parting Glass’ and ‘Danny Boy’.

One of Ireland’s top entertainers, with over 6.5 million YouTube views and over 3.5 million album sales worldwide, Tommy has been an inspiration to his fans all around the world.

This CD is being released ahead of Tommy’s 2019 Australian tour with special guest Mark Vincent, who also appears in this concert singing duets with Tommy on ‘Hallelujah’ and ‘Climb Ev’ry Mountain’ from Sound of Music, and solo numbers ‘Amazing Grace’ and ‘This is the Moment’. Live from Galway was broadcast on SBS in August 2019, with an encore screening in October.

This Is The Moment (Mark Vincent)

Be All You Can Be

Medley (You Raise Me Up, Isle Of Hope, Bridge Over Troubled Waters & So Strong)

Roll Back The Clouds