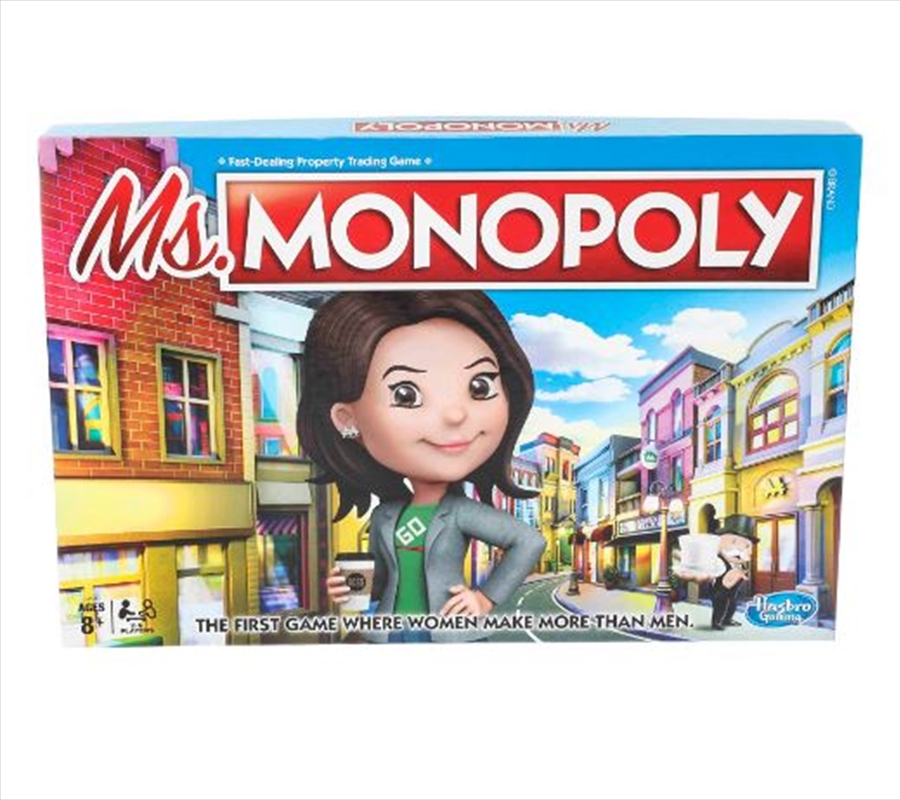 Ms. Monopoly is an edition of board game Monopoly inspired by prominent women inventors and created by the toy company Hasbro.

In the game, players invest in inventions and innovations made by women such as solar heating, bulletproof vests and chocolate chip cookies.

The game rules enforce a monetary gap between female and male players, with the former receiving more money at the start of the game and every time they pass go.

At the start of the game, banker distributes $1,900 in Monopoly money to each female player and $1,500 to male players. Additionally, each time a female player passes go, they must collect $240 contrary to standard $200 collected by male players.

The game also features other differences such as new game tokens which include a white hat, a watch, a barbell, a glass and a jet plane.