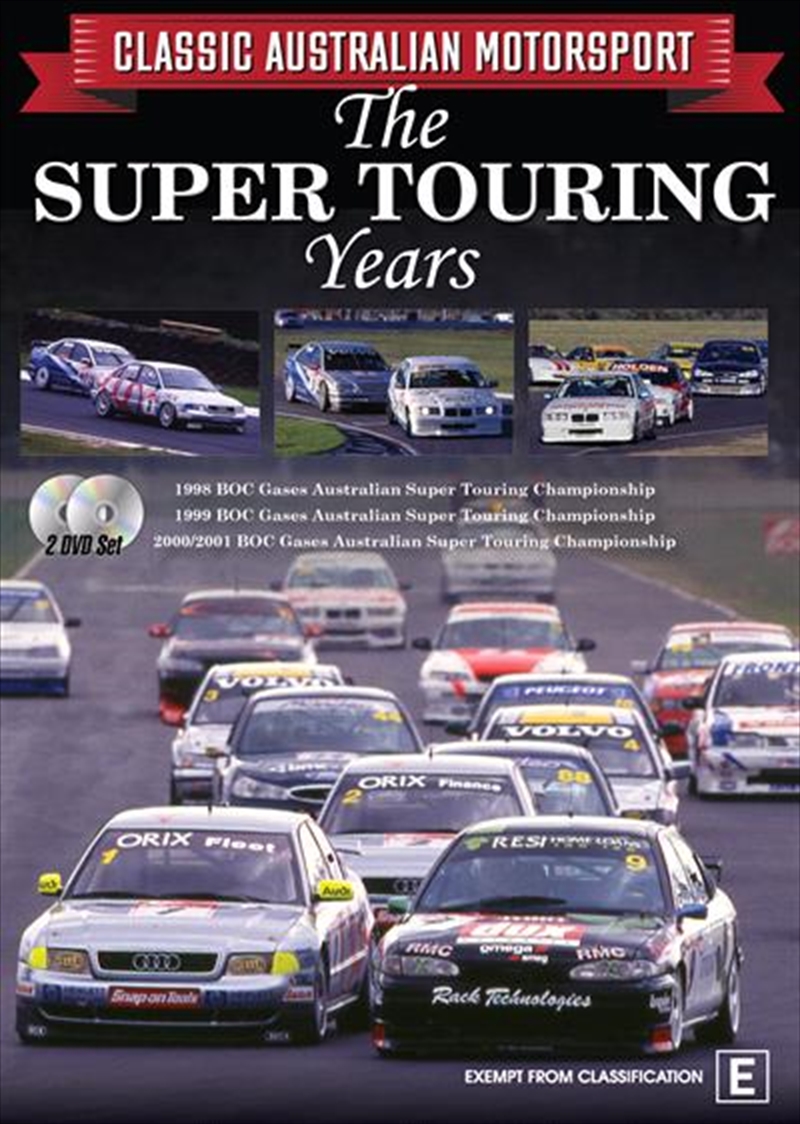 Shipping - See delivery options.
Postcode:
Quantity:
SEE MORE IN:
Up To 50% Off Boxsets Magic Moments Of Motorsport Bingeworthy Boxsets Shocking Clearance Movies & TV Clearance Boxset Clearance Movie Collections
DESCRIPTION
TWO-LITRE Super Tourers were a huge part of world motorsport in the 1990s and the pint-sized tin-top category had plenty of fans Down Under in Australia too.On this Classic Australian Motorsport release we take a look back at the season reviews of the final three years of the TOCA Australia-run series with a wide range of makes and models taking to the grid in these years. First up we recap the 1998 BOC Gases Australian Super Touring Championship with Audi duo Brad Jones and Cameron McConville tackling Volvo S40 ace Jim Richards and gun Queenslander Cameron McLean aboard an ex-factory Diet-Coke BMW 320i as well as a wide range of Independent teams and cars. Then we take a look at the 1999 championship where 1995 and 1997 champion Paul Morris - absent from the previous season while racing in the United States - made a return aboard an ex-works BMW to outpoint Volvos Richards (aboard the 98 Bathurst-winning S40 Volvo) to the title by just two points.And finally we review the final TOCA Australia-run season that was run across the 2000 and 2001 calendar years. Audi and Volvo had withdrawn from the series, leaving BMW ace Morris to tackle a whole host of Independent drivers keen to knock the reigning champion off. This season also featured the inclusion of V8-powered Future Tourer Commodores, Falcons and even a V8-powered Mitsubishi Magna, making for a really diverse field of cars. Sit back, relax and enjoy a drive down memory lane as we celebrate the Super Tourers of the late 1990s and very early 2000s!
DETAILS