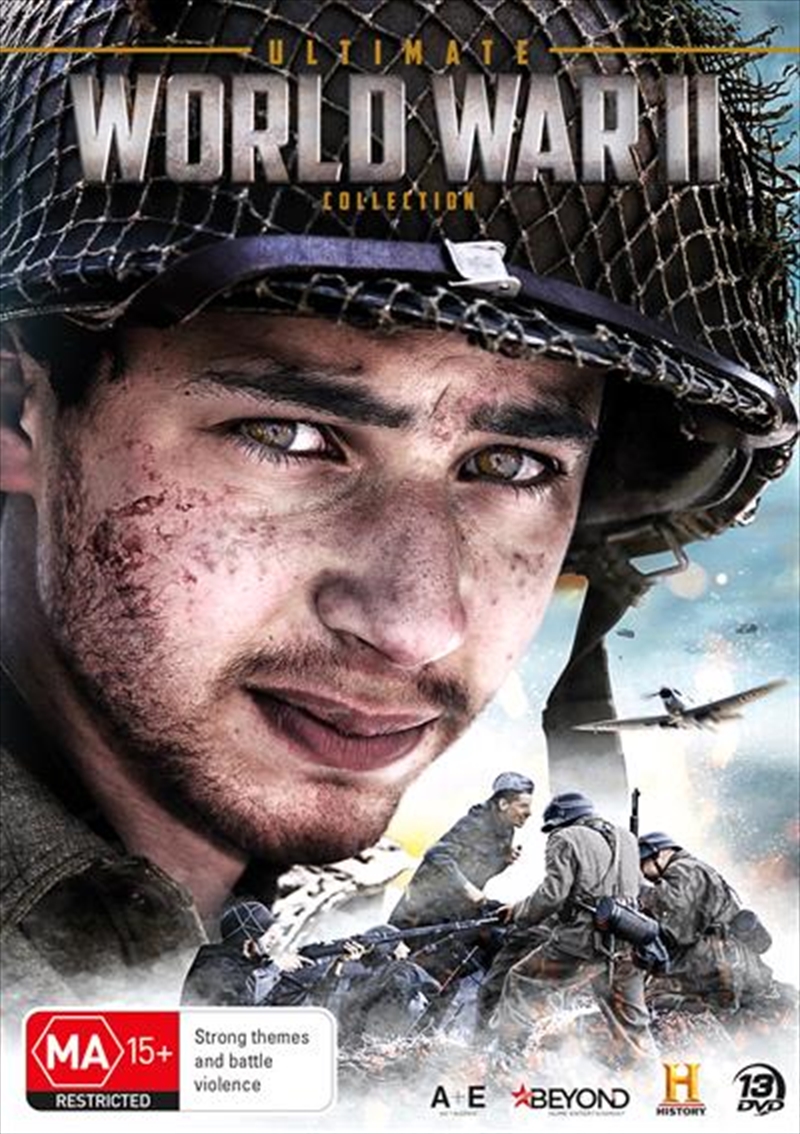 Shipping - See delivery options.
Postcode:
Quantity:
SEE MORE IN:
Up To 50% Off Boxsets
This Ultimate Collection brings together many of the greatest World War II documentary series from esteemed filmmakers HISTORY in to one definitive collection. From the British and French declaration of war on Nazi Germany on 1 September 1939, to the surrender of the Japanese forces on 15 August 1945, the Second World War saw the largest mobilization of manpower and industrial might the world had ever seen, and with battles taking place across Europe, Africa, the Pacific, and elsewhere, this truly was a global war of a proportion never seen before or since. Using archival footage, contributions from those who were there and contemporary historians, recreations and painstaking research, these documentaries provide unparalleled insight in to World War II. This collection contains over 29 hours of revealing content, including:WWII Lost Films: WWII In HD WWII Lost Films: The Air War D-Day: Lost Films WWII Lost Films: Iwo Jima World War II 360?: The Pacific Patton 360