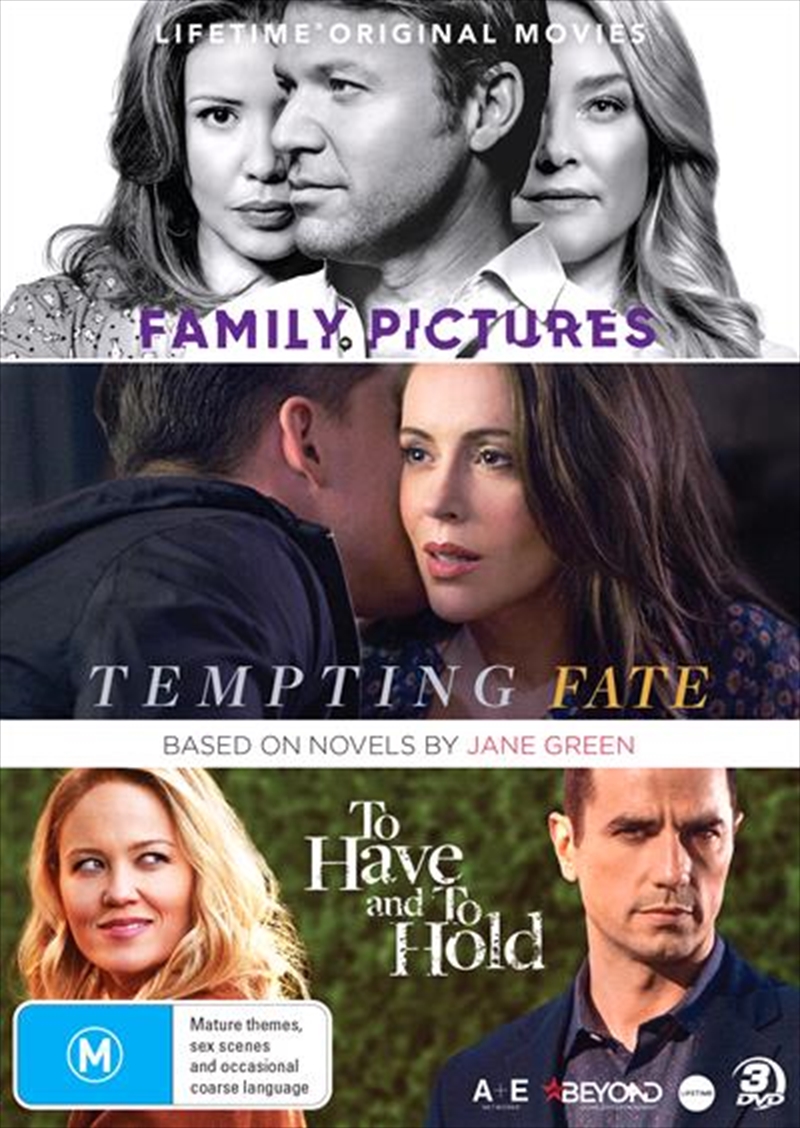 Shipping - See delivery options.
Postcode:
Quantity:
SEE MORE IN:
Up To 50% Off Boxsets Bingeworthy Boxsets Movie Collections
DESCRIPTION
TEMPTING FATE - Based on the New York Times best-selling novel of the same name, Tempting Fate follows the story of mother-of-two Gabby (Alyssa Milano) whose picture-perfect marriage to Elliott (Steve Kazee, Shameless) is jeopardized when she meets Matt (Zane Holtz, From Dusk Till Dawn: The Series), a handsome younger man who seemingly ignites a fire and desire within her. What begins as a business opportunity soon develops into an emotional affair leading Gabby to eventually succumb to Matt's unrelenting attraction and attention, never foreseeing the life-changing consequences that lie ahead.
TO HAVE AND TO HOLD - Alice, who still can't believe her high school crush, the dashing, wealthy and successful Joe, would choose to marry her, willingly allows him to mold her into his ideal socialite wife. Despite Alice's best efforts to be the woman of Joe's dreams, he can't help but be unfaithful to her. When Joe's indiscretions impact his career, Alice's life is further turned upside down. Alice unexpectedly finds herself falling for her best friend Emily's boyfriend Harry and begins to wonder if her fairy tale ending could exist after all.
FAMILY PICTURES - Sylvie and Maggie are two strangers living on opposite coasts, leading very similar lives with husbands that travel for work too much and daughters about to leave the nest. But when their daughters befriend each other on a college tour, they soon discover a shocking secret that threatens to tear both families apart.
DETAILS