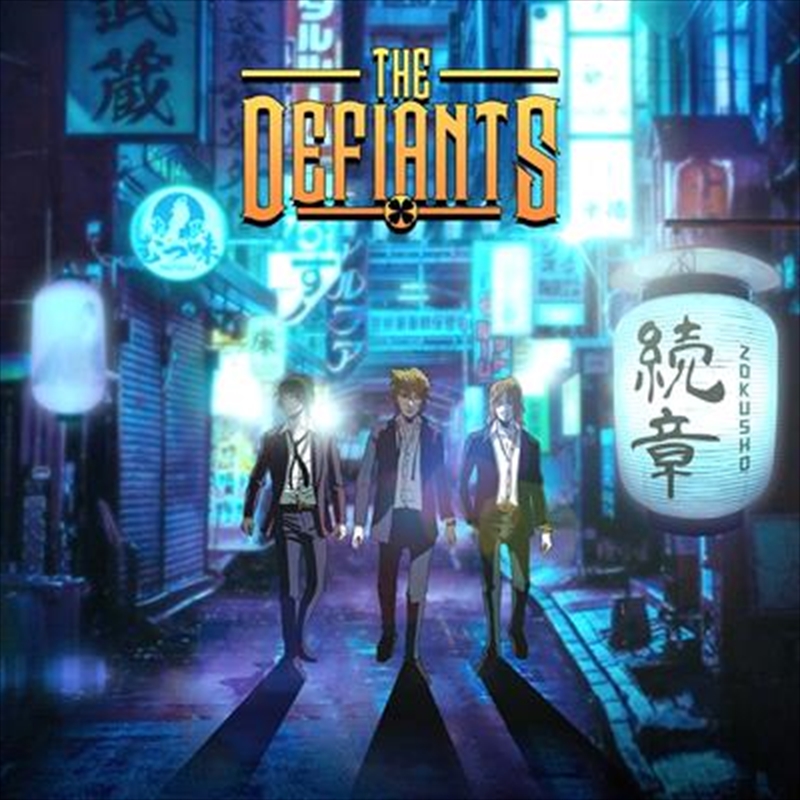 THE DEFIANTS is a band put together by Paul Laine, Bruno Ravel, and Rob Marcello. Three fabulous musicians who, as fans in the know will immediately recognize, all have ties to the popular '80s/'90s/'00s hard rockers, Danger Danger.

Best known for being the D2 vocalist on four studio albums over the course of 12 years, Paul Laine came back to work with his former bandmates Bruno Ravel and Rob Marcello, who are the other two pillars of The DEFIANTS, for the band’s self-titled debut album in 2015. The guys reunited at the suggestion of Frontiers' President, Serafino Perugino, who really wanted these current and former Danger Danger members to offer fans of that band some new music. The resulting album was pleasing not only to the D2 fans, but also to ALL the fans out there who are into the classic sound of the era from which D2 emerged.

The Defiants debut album was greeted with a great acclaim as a glorious return to the “in your face” melodic hard rock that enraptured millions of fans back in the '80s and '90s and is currently enjoying a renaissance here in the 21st century, so a follow-up album was a no-brainer. The brand new album, “Zokusho”, a Japanese word meaning "the sequel” or "the next chapter”, is now set for release this fall.

This time, things for D2 fans get even more exciting as D2 drummer Steve West is a special guest on drums. Needless to say, this album has all the ingredients to thrill D2 and The Defiants fans. A BIG melodic rock album with big choruses, hooks and soaring guitars and vocals.

1. Love Is The Killer

2. Standing On The Edge