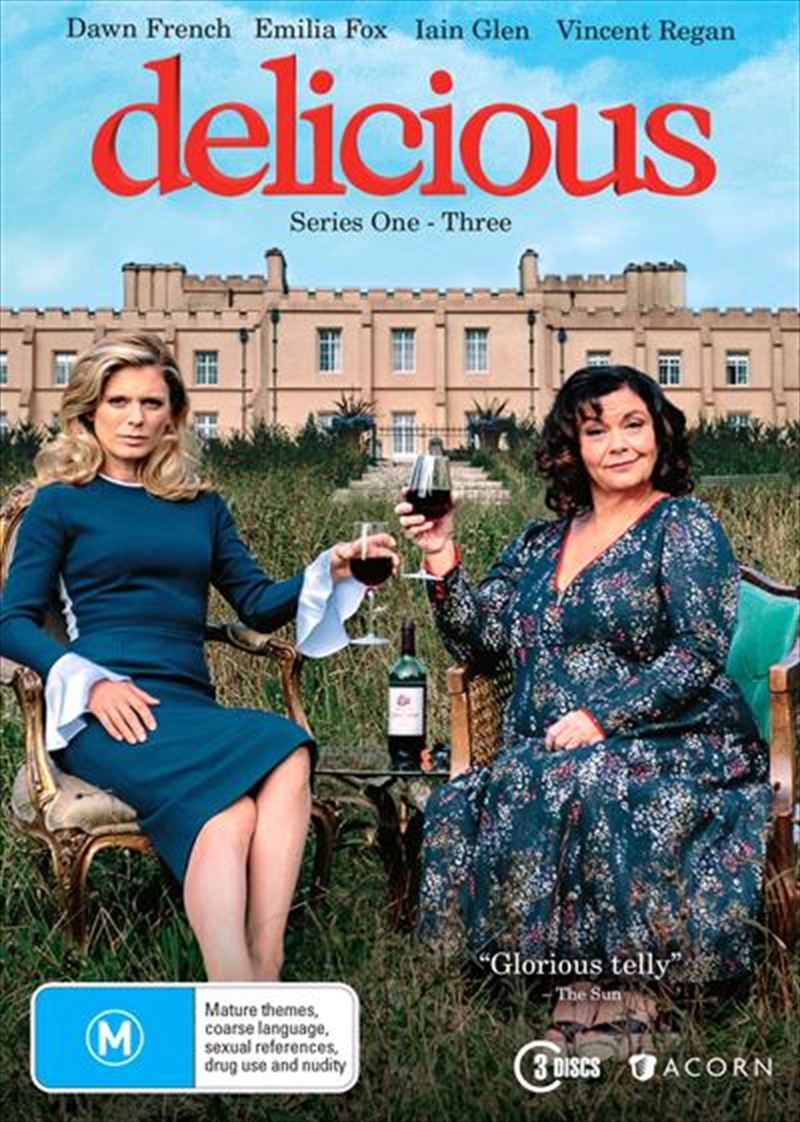 DESCRIPTION
A scandal in every bite...

Passionate cook Gina (Dawn French) was once married to Leo Vincent (Iain Glen), a successful entrepreneur, chef and hotel owner in Cornwall. Now married to the glamorous Sam (Emilia Fox), Leo's business has continued to thrive. When Sam has suspicions that Leo is having an affair she confides in Gina, confident that she'll recognise the signs. But the secrets and scandals that spill out are proof that sleeping with another woman's husband is never a good idea even if he was your husband first. As Sam and Gina try to fi x their broken families, can a friendship rise from the ashes of betrayal? Also starring Sheila Hancock and Vincent Regan, Delicious is an honest and compelling story of love, sex, lies, betrayal and food where things are never as they seem.
DETAILS