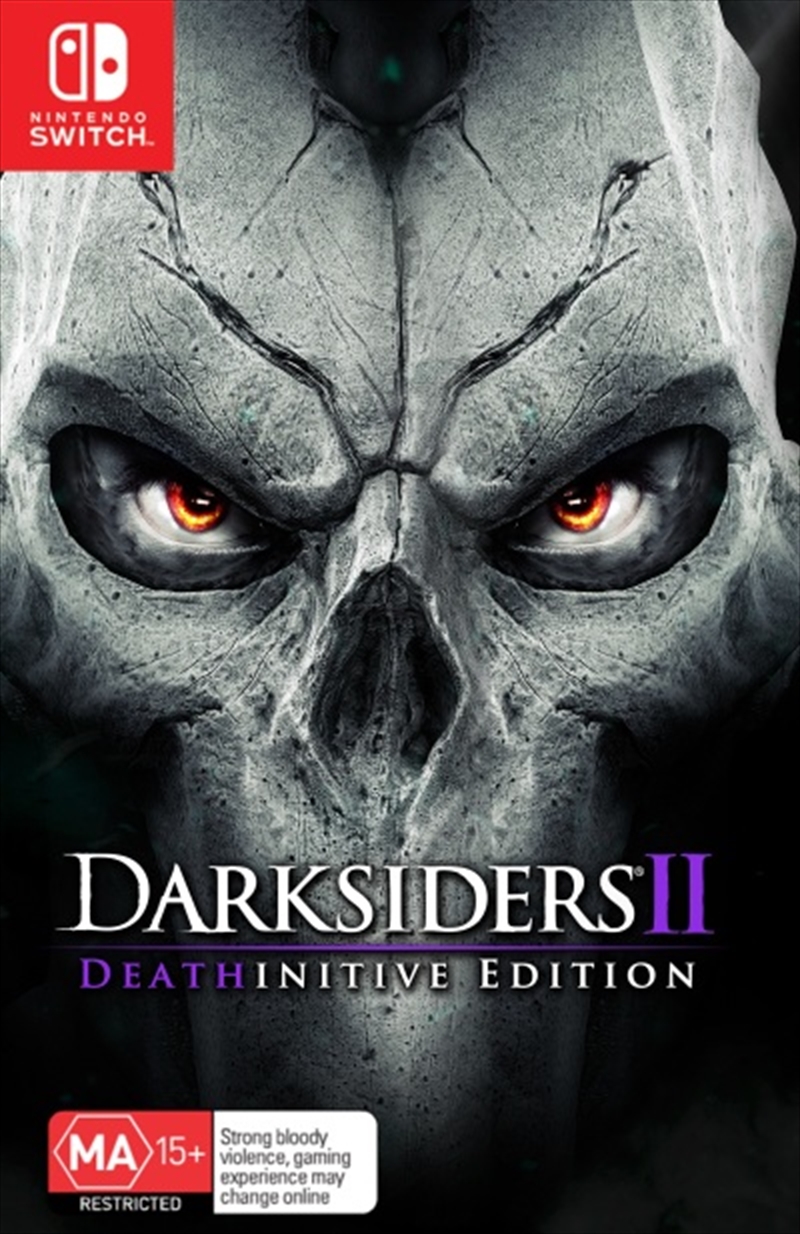 What starts with War, ends in Death.

Awakened by the End of Days, Death, the most feared of the legendary Four Horsemen, embarks upon a quest to restore mankind, and redeem his brother's name. Along the way, the Horseman discovers that there are far worse things than an earthly Apocalypse, and that an ancient grudge may threaten all of Creation.

Darksiders II follows the exploits of Death, one of the four horsemen of the Apocalypse, in an action-packed tale that runs parallel to the events in the original Darksiders game. This epic journey propels Death across an expansive gameworld as he tries to redeem his brother, War, the horseman blamed for prematurely starting the Apocalypse in Darksiders.

Like the original Darksiders game before it, the second iteration of the series is primarily a hack 'n slash adventure. The game takes place across netherworld environments, including "The White city," an outpost where angels live, and "The Eternal Throne," a floating fortress where the Lords of the Dead stand guard over souls that need to be cleansed. Although Death is the most feared of the Four Horsemen, his physical abilities are very different than his brother, War. Death is far more nimble, and relies on a combination of melee and ranged attacks. In combat Death's primary weapon is his huge iconic scythe, with a wide range of other weapons and usable items that must be gathered as the game progresses. Weapons can be dual-wielded, upgradable armor can be acquired for protection and Death has access to his terrifying and powerful mount, Despair.


Become the most feared of the legendary Four Horsemen, Death

Unlike anything the player has seen before, delivered in the unique style of Joe Mad

All DLCs included and integrated into the game, total playtime of more than 30 hours